Dog The Bounty Hunter Net Worth

What is Dog the Bounty Hunter's net worth?

Dog the Bounty Hunter was born as Duane Lee Chapman in Denver, Colorado on February 2, 1953. He is the child of Wesley Duane Chapman (1930-2000) who was a welder turned to bail bondsman and Barbara Darlene Chapman. He has three siblings. Chapman, at age 15, left home and joined Devils' Disciples, a biker gang. Dog was convicted of first-degree murder in 1976 and sentenced to five years in prison. Dog was waiting in a car while a friend shot and killed a drug dealer. He ended up serving 18 months and his wife LaFonda divorced him. Chapman served 18 months at Texas State Penitentiary in Huntsville, Texas and was paroled in January 1979. A prison guard during his time inspired him to become a bounty hunter. Dog is not allowed to own a firearm and has been barred from the United Kingdom due to his felony conviction.

The Capture of Andrew Luster

Chapman made international news in June 2003 when he captured Max Factor cosmetics heir Andrew Luster. Luster had been accused of drugging and raping numerous women and had fled the U.S. in the middle of his trial. In his absence, Luster was convicted of 86 charges. Chapman and his "hunt team" (his son, Leland, and friend Tim Chapman–oddly, the two Chapmans are not related) captured Luster in Mexico. On their way to bring Luster to jail, the four were pulled over and sent to jail. The authorities confirmed Luster's identity, and he was sent to California to being his 125-year sentence.

The other three men were denied bail. Beth Chapman, Dog's wife, alerted the media and the men were granted bail. They followed their lawyer's advice and left Mexico, thereby themselves actually becoming international bail jumpers. Three years later, just days before the expiration of the statute of limitations on the crime, the three were arrested by U.S. Marshals and jailed on behalf of the Mexican government, who had charged them all with deprivation of liberty and illegal bounty hunting. The next day, Chapman appeared in court. The men were released on bail and ordered to wear electronic monitoring devices. In 2007, several state representatives sent a request to drop the extradition charges against Dog the Bounty Hunter and the resolution was passed. On August 2, 2007, the Mexican court dismissed all charges against the three men. 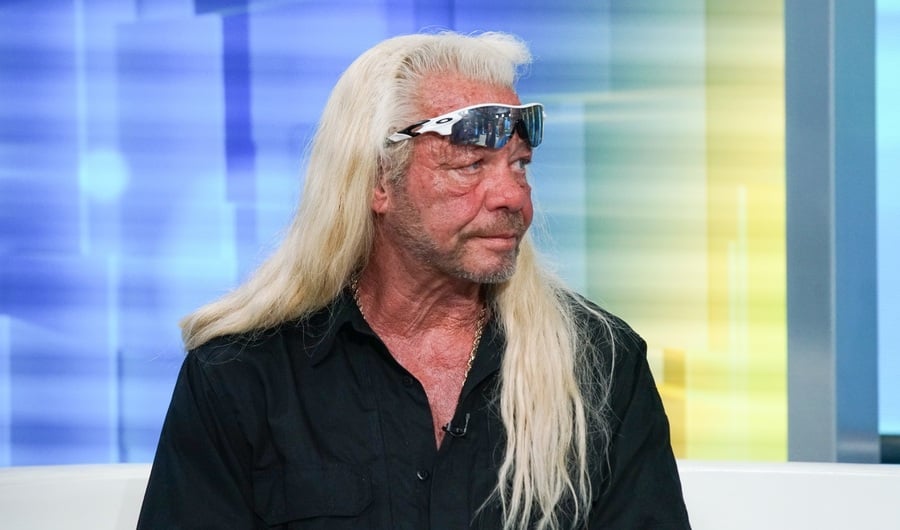 He appeared on the shows Take This Job and Dominick Dunne's Power, Privilege, and Justice. In 2004, his show Dog the Bounty Hunter debuted on A&E. It detailed Dog and his partners catching criminals and bail jumpers. The show was on the air for eight seasons and was canceled in 2012. The famous theme song was performed by Ozzy Osbourne. In September 2012, CMT announced it had ordered a new series that would air in April 2013; Dog and Beth: On the Hunt. The show featured Chapman, his wife Beth, and their son and followed the same formula as the original show. His son had left the previous show in 2012 and the new show had them working together again. It ran for three seasons and was canceled in 2016. In 2019, a spin-off featuring Dog and Beth, Dog's Most Wanted, aired for one season.

He has authored two books, including his 2007 autobiography You Can Run but You Can't Hide,  which debuted at #1 on the New York Times bestseller list. Dog has appeared on many episodes of other TV series including Hollywood Squares, My Name Is Earl, Hawaii Five-O, and more.

Dog has been accused of being racist, particularly after a hate speech filled phone call with his son was leaked on the internet. A&E suspended his show after the incident, but put it back on air after two months.

Dog the Bounty Hunter has been married five times and has 11 children. He was married to La Fonda Sue Darnell in 1972 and they divorced in 1977 when Dog was convicted of murder. Naturally, she was granted custody of their two children. However, Chapman was granted custody again after their mother was involved in a crime and they were placed in foster care. He was married to Ann Tegnell from 1979, shortly after he was paroled. His third marriage was to Lyssa Rae Brittain from 1982-1991. He married Tawny Marie Chapman in 1988 after Chapman had arrested her on a drug possession charge and she then became his secretary. They divorced in 2002 and they had no children together.

His fifth marriage was to Beth Barmore. They had had an off again on again romance until they married on May 20, 2006. Beth operated the Bail Bonds business together and she frequently appeared on Dog the Bounty Hunter. Beth sadly died as a result of throat cancer on June 26, 2019 in Hawaii. 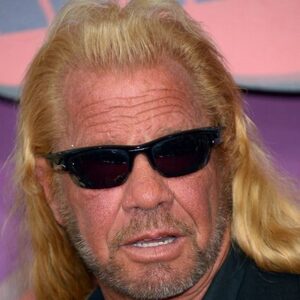