Dj Qualls net worth: Dj Qualls is an American actor and comedian who has a net worth of $5 million. Dj Qualls was born Donald Joseph Qualls in 1978, in Nashville, Tennessee. Dj Qualls acquired worldwide fame for his roles in movies like The New Guy, Road Trip, and Hustle & Flow, as well as for TV appearances on shows like Supernatural, Scrubs, Lost, CSI, Breaking Bad, and The Big Bang Theory. Being diagnosed with Hodgkin's disease at the age of 14, he turned out a survivor and went on with his life joining the University of London, where he studied English language and literature. After college, he got back home and started working in a local theater, appearing on stage in Nashville productions. Eventually, he was discovered by photographers David LaChappelle and Steve Klein, who were amazed by his atypical and rather childlike look. That's how Qualls got a print modeling job in a campaign for the high-end label Prada, landing him in the top fashion and lifestyle magazines. But even though modeling earned him crucial exposure and money of course, this extraordinary model stuck to acting since it the main object of his passion. 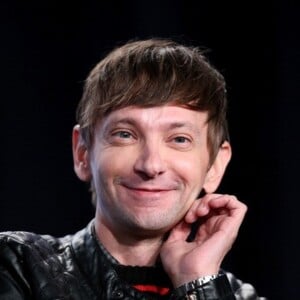