Dirk Benedict Net Worth: Dirk Benedict is an American actor who has a net worth of $1.5 million. Dirk Benedict was born Dirk Niewoehner in Helena, Montana in March 1945. Dirk graduated from Whitman College in 1967. He chose his stage name from a serving of Eggs Benedict he had. His film debut came in the 1972 movie Georgia, Georgia.

The same year he made his television debut in the series Hawaii Five-O. In 1974 Dirk starred as Officer Gil Foley in the series Chopper One. He starred at Lt. Starbuck in the series Battlestar Galactica from 1978 to 1979. One of his best known roles came as Templeton "Faceman" Peck on The A-Team from 1983 to 1987. He had a cameo in the 2010 movie version of The A-Team. Benedict appeared in episodes of Charlie's Angels, The Love Boat, Alfred Hitchcock Presents, Baywatch, The Commish, Walker, Texas Ranger, and Murder, She Wrote. He survived prostate cancer in the 1970s and credited a macrobiotic diet. Dirk married actress Toni Hudson in 1986 and the couple divorced in 1995. He had two songs with Hudson and discovered he had another son who had been given up for adoption in 1998. 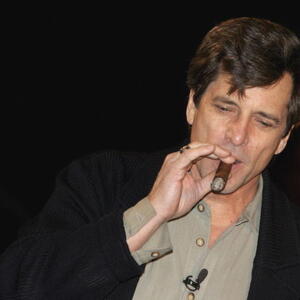