Diora Baird Net Worth: Diora Baird is an American actress and former model who has a net worth of $8 million. Diora Baird earned her net worth through the many TV and film roles as well as her modeling career. Born Diora Lynn Baird on April 6, 1983, in Miami, Florida, US, she first start making a name for himself as a model and eventually reached international stardom as an actress.

It was under her mother's sway that she enrolled in acting classes, where she soon become vice president of her school's Thespian Society. By the time she turned 17, Baird decided to move to LA in order to pursue an acting career. However, she had to do various jobs to support herself at the beginning, and her looks earned her modeling job rather than acting one. Posing for Guess helped her become one of the most prominent names in the fashion scene. While her appearance in the 2005 issue of Playboy Magazine just fetched her further exposure in the media. Meanwhile, she was offered a role in a low budget movie called Brain Blockers (2004). Her big break as an actress came in the hit 2005 movie The Wedding Crashers, where she starred opposite Isla Fisher and Vince Vaugh. Since, she landed a starring role in the smash-hit horror movie Texas Chainsaw Massacre: The Beginning (2006), as well as appeared in the horror thriller 30 Days of Night: Dark Days (2010) and Transit (2012), among others. Diora was married to CSI actor Jonathan Togo from 2013 to 2016. 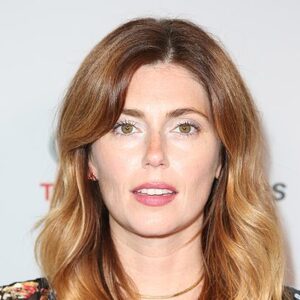