Dinah Manoff Net Worth: Dinah Manoff is an American actress and television director who has a net worth of $1.5 million. Dinah Manoff was born in New York City, New York in January 1956. She is the daughter of actress Lee Grant and screenwriter Arnold Manoff. Dinah was accepted into the Actors Studio in 1975. Her first role came as voice work in the film Everybody Rides the Carousel in 1975. She made her TV debut on the series Welcome Back, Kotter in 1976. In 1979 she starred as Elaine Lefkowitz on the TV series Soap. Her first feature film was Grease as she starred as Marty in 1978. She won a Tony Award in 1980 for her performance in the Broadway production I Ought to Be in Pictures. She also played Libby Tucker in the film version in 1982. She appeared in the hit film Ordinary People in 1980. From 1988 to 1995 she starred as Carol Weston in the sitcom Empty Nest. Her last role came in the movie Bart Got a Room in 2008. Dinah married Arthur Mortell in 1997 and was previously married to Jean-Marc Joubert. She has three children. 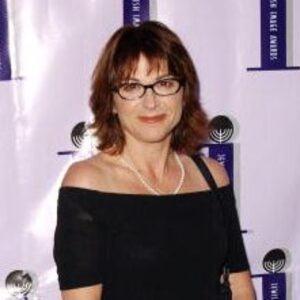