What was Dina Merrill's Net Worth?

Dina Merrill was an American heiress, socialite, philanthropist, and actress who had a net worth of $5 billion. Dina's mother, Marjorie Merriweather Post, was at one time the richest woman in the United States. At the age of 27 in 1914, Marjorie's father died and left her with a $250 million fortune. Her fortune was equal to $5 billion after adjusting for inflation at the time of her death. Dina Merrill died on May 22, 2017, at the age of 93. Although she became a successful actress during her career, her exceptional net worth was the result of inheritance rather than her exploits in the entertainment world.

Nedenia Marjorie Hutton was born on December 29th of 1923 in New York City. Born into a wealthy family, Nedenia's mother was the heiress of the Post Cereals fortune. Her father was Edward Francis Hutton, a Wall Street Stockbroker who founded E. F. Hutton & Co. She studied at George Washington University before enrolling at the American Academy of Dramatic Arts. One of her most notable acting tutors was Uta Hagen.

Nedenia would eventually change her name to Dina Merill after becoming a successful actress. Although she made her stage debut in 1945, Dina emerged in the 50s and 60s as a prominent Hollywood actress. One of her first major film roles came in 1957 with "Desk Set." A much more prominent role came next year when she starred in the 1958 film "A Nice Little Bank That Should Be Robbed."

After one year, she made another appearance in the film "Don't Give Up The Ship." Also in 1959, Merrill gained notoriety after joining the cast of "Operation Petticoat." The film also starred Cary Grant, who was at the time married to Dina's cousin Barbara Hutton. During this period, she was marketed as a potential replacement for Grace Kelly.

During the early 60s, Dina starred in films like "The Sundowners," "Butterfield 8," "The Young Savages," and "The Courtship of Eddie's Father." Towards the mid-60s, Merrill appeared in films like Frederick de Cordova's "I'll Take Sweden," "The Greatest," and "A Wedding." By the end of the decade, she was booking roles in movies such as "Just Tell Me What You Want."

Dina Merrill continued to book roles throughout the 80s. During this decade she appeared in films like "Anna to the Infinite Power," "Twisted," and "Caddyshack II." In the 90s, Merrill pressed onwards with roles in movies such as "Fear," "True Colors," "The Player," and "Suture." In the 2000s, her career began to peter out. Her last big role was in the film "Shade."

Outside of film acting, Dina was famous for her television work. She appeared in made-for-TV movies like "Seven in Darkness," "The Lonely Profession," "Family Flight," and "The Tenth Month." Merrill was also no stranger to television series. During the 60s, she appeared as the villain "Calamity Jan" in two episodes of "Batman." Merrill appeared in an incredibly wide range of television series during this period, including "Bonanza," "The Alfred Hitchcock Hour," "The Investigators," "The Bold Ones," "The Love Boat," "Quincy, M.E.," "Murder, She Wrote," "Roseanne," and "The Nanny."

Outside of acting roles on TV, Merrill was a regular guest on game shows like "The Match Game," "To Tell the Truth," "What's My Line," and "Hollywood Squares." In addition, Merrill was especially renowned for her stage work. Over the years, she appeared in a number of Broadway plays, including "On Your Toes."

In the 90s, Dina and her husband Ted Hartley merged their production company Pavilion Communications with RKO. This merger resulted in a new company called RKO Pictures.

Dina's mother, Marjorie Merriweather Post, paid for the construction of the original Mar-a-Lago resort with her husband Edward F. Hutton. She then willed the entire 17-acre estate to the United States government upon her death – but president Jimmy Carter did not accept the proposition. The grounds were deemed too expensive to maintain, and so it was returned to the Post Foundation. As Dina Merrill was the heiress of the Post Foundation along with her sister, they aimed to sell the property.

Eventually, the original manor was demolished so that smaller homes could be built on the land. Donald Trump tried to buy the estate for $15 million, but his offer was rejected. In retaliation, Trump purchased a nearby plot of land for $2 million and threatened to build a home that would block Mar-a-Lago's line of sight to the ocean. Trump then succeeded in acquiring the property for $7 million. 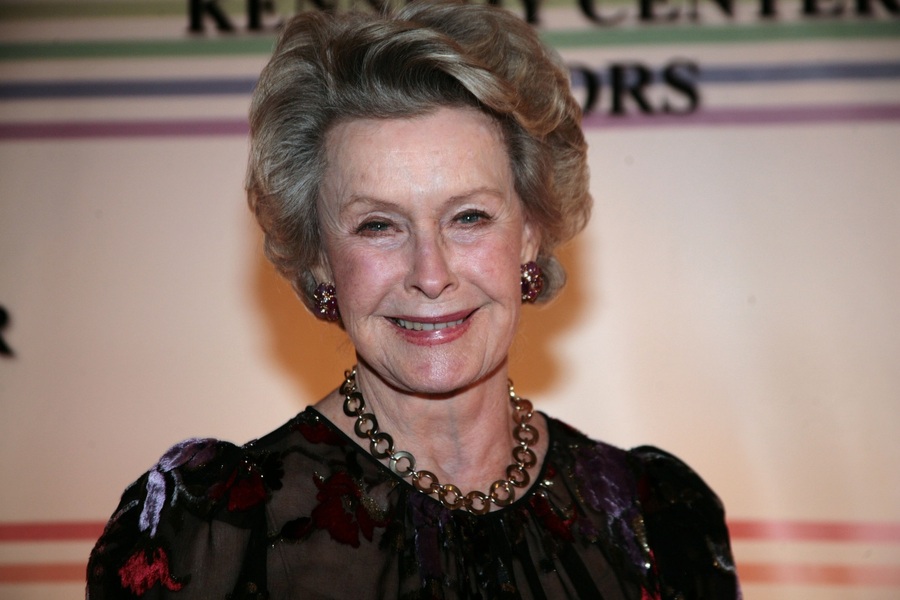 Dina Merrill married three times throughout her life. Her first husband was Stanley M. Rumbough Jr., an American businessman and entrepreneur. Rumbough Jr. was also heir to the Colgate-Palmolive fortune. Stanley and Dina married in 1946. Over the course of their relationship, they had three children together. Somewhat amusingly, the couple elected to give two of their children middle names that matched their fortunes. One child was named "Nedenia Colgate Rumbough," while the other was given the name "David Post Rumbough." Eventually, Merrill and Rumbough divorced in 1966.

Before a year had passed since her divorce from Rumbough, Merrill married Cliff Robertson, a successful actor who would later go on to win an Oscar. The couple had one child together before divorcing in 1986. Three years later, Dina married for the third time. This time, her husband was a producer named Ted Hartley.

Dina Merrill passed away on May 22nd of 2017. She was 93 years old, and in the previous years, she had been suffering from dementia with Lewy bodies.

In 2018, it was reported that Dina's prestigious estate in East Hampton Village had sold for $8.2 million. By this point, Dina had already passed away. The buyer was none other than Merrill's own daughter, Nedenia Rumbough. 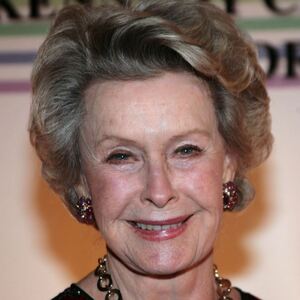