Dimitri Diatchenko Net Worth: Dimitri Diatchenko is an American actor and musician who has a net worth of $500 thousand. Dimitri Diatchenko was born in San Francisco, California in April 1968. He started playing classical guitar at seven years old and won several medals in guitar competitions. Dimitri has released four solo guitar albums. He received a Master of Music from Florida State University. He made his acting debut in 1997 when he starred in the movie G.I. Jane. Diatchenko has also starred in the movies The Genius Club, Remarkable Power, Get Smart, Indiana Jones and the King of the Crystal Skull, Burning Palms, Chernobyl Diaries, and Company of Heroes. He has also appeared in episodes of the TV series Diagnosis: Murder, Timecop, Walker, Texas Ranger, Alias, The Suite Life of Zack & Cody, Criminal Minds, Burn Notice, Without a Trace, CSI: Miami, General Hospital, Sons of Anarchy, How I Met Your Mother, Sons of Anarchy, Bones, and 2 Broke Girls. In December 2014 Diatchenko was charged with felony counts of cruelty to an animal and making criminal threats. He is alleged to have killed and ate the pet rabbit of his ex-girlfriend and sending photos to her of each step of the process. 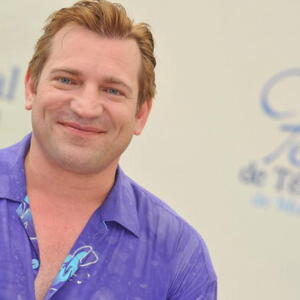