Otto Blaettchen in The Ogre. Laser won the German Film Award in Gold for Best Actor for his title role in the film John Gluckstadt in 1975. His first major film role came starring in the movie In the Jungle of Cities in 1968. Laser is scheduled to star as Richter in the upcoming 2017 film Sky Sharks. He won an Austin Fantastic Fest Award and Fright Meter Award for Best Actor for The Human Centipede. 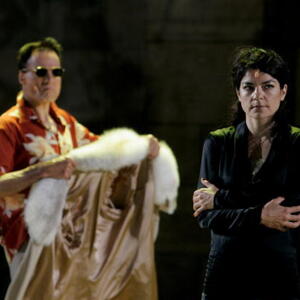