Diem Brown Net Worth: Diem Brown is an American television personality who has a net worth of $400 thousand. Diem Brown was born in June 1984. She is best known for being a recurring cast member on the MTV reality series The Challenge. She made her debut on Real World/Road Rules Challenge: Fresh Meat and has appeared in six more challenges.

She never appeared on Real World or Road Rules. A big moment came when she took off her wig in The Duel. She revealed that she was diagnosed with ovarian cancer. Diem is also known for creating the website MedGift which allows medial patients to register gifts to get help from friends or family while in treatment. She was a former entertainment reporter for Sky Living. Her cancer returned in 2012 but went into remission in 2013. She was told in January 2013 that it was not likely that she would live very long. Diem dated cast member Chris "C.T. Tamburello. They were featured on the MTV show MADE and broke up, but teamed up on Battle of the Exes. In August 2014, Brown was filming her eighth Challenge competition in Panama when she collapsed on set. She was airlifted to New York and she announced to various media publications that her ovarian cancer had metastasized to her colon and stomach, and doctors performed emergency surgery. Brown died on November 14, 2014, at 10:22 a.m., the same time she was born, 32 years previously. Her final hours were spent in the company of friends and family and she is survived by her father and three siblings. 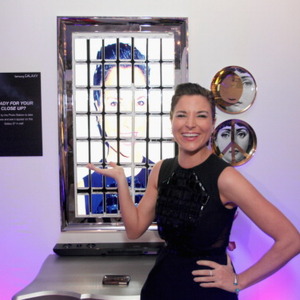