Diego Luna net worth and salary: Diego Luna is a Mexican actor and director who has a net worth of $12 million dollars. Diego Luna was born in Mexico City, Mexico on December 29, 1979. He grew up surrounded by theater and film as both of his parents were acclaimed theater and film designers. Diego began performing when he was a child in the early 80s. He gained some attention when he was cast in the telenovela "El Abuelo y yo" alongside his friend and fellow actor, Gael Garcia Bernal. Diego became an international star when he again worked opposite Bernal in the hit film, "Y Tu Mama Tambien". Since then, he has gone back and forth between Hollywood films and independent projects in both the US and Mexico. He has appeared in such film projects as "Frida", "Vampires: Los Muertos", "Open Range", "Dirty Dancing: Havana Nights", "The Terminal", "Fade to Black", "Mister Lonely", "Rudo y Cursi", "Milk", "Elysium" and "Rogue One: A Star Wars Story. In 2018 Diego received widespread acclaim for his role as drug lord Felix Gallardo in the Netflix series "Narcos: Mexico". Diego Luna was married to Mexican singer/actress/model Camila Sodi from 2008 to 2013. They have two children together.

Along with Gael Garcia Bernal, Diego is also one of the founders and owners of Mexican film production company Canana Films which has produced more than 25 films and documentaries since its inception. Bernal and Luna also co-founded an organization called Ambulante A.C. which aims to bring more documentary films to overlooked places around the globe. 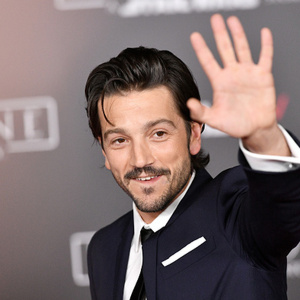