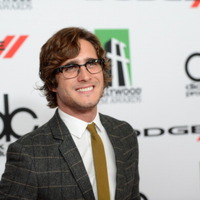 Diego Boneta Net Worth: Diego Boneta is a Mexican singer and actor who has a net worth of $3 million. Diego Boneta was born in Mexico City, Mexico in November 1990. As a singer he released his debut studio album Diego in 2005 on EMI Music. His follow up album Indigo was released in 2008. In 2006 he released the video album Diego – En Vivo En El Maracana. Diego has released the singles "Aqui Voy", "Responde", "Mas", "Solo Existes Tu", "Perdido En Ti", "Million De Anos", and "Siempre Tu". Boneta made his acting debut in the television series Mision S.O.S. aventura y amor and Don Darvelio's Secret in 2004. He starred as Rocco Bezauri in the TV series Rebelde from 2005 to 2006. From 2010 to 2011 he had a recurring role as Alex Santiago in the series Pretty Little Liars. He also starred as Javier Luna in the TV series 90210 from 2010 to 2011. From 2012 to 2013 he starred as Miles in the television series Underemployed. Diego starred as Tyler Adams in the 2011 TV movie Mean Girls 2 and as Drew Boley in the 2012 movie Rock of Ages. He is scheduled to appear in the upcoming films Summer Camp, Eden, Another You, City of Dead Men, and Pele. For Rock of Ages he won Favorite Movie Actor at the 2012 ALMA Awards.