How much is Diedrich Bader Worth?

Diedrich Bader net worth: Diedrich Bader is an American actor and comedian who has a net worth of $6 million. Diedrich Bader was born in Alexandria, Virginia in December 1966. Bader attended the University of North Carolina School of the Arts. He started off appearing on TV shows like The Fresh Prince of Bel-Air, Star Trek: The Next Generation, Diagnosis: Murder, Cheers, and Quantum Leap. His first big role came on Danger Theatre in 1993. Bader starred in the film The Beverly Hillbillies in 1993. From 1995 to 2004 he had his best known role as Oswald on The Drew Carey Show. He has done voice acting for Ice Age, The Simpsons, South Park, and The Penguins of Madagascar. He has also done voice work for many Batman cartoons including Batman Beyond, The Batman, and Batman: The Brave and the Bold. He played Peter's neighbor Lawrence in Office Space and Rex the owner of Rex Kwon Do in Napoleon Dynamite. Bader has over 150 acting credits to his name. He was nominated for a 2012 Annie Award for Voice Acting in a Television Production. 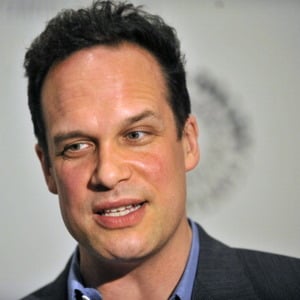