Dick York net worth: Dick York was an American actor who had a net worth of $10 thousand. Dick York was born in Fort Wayne, Indiana in September 1928 and passed away in February 1992. He was best known for starring as Darrin Stephens on the ABC television series Bewitched from 1964 to 1969. York starred as Tom Colwell in the TV series Going My Way from 1962 to 1963.

He first starred in the short film for the U.S. Navy called Insomnia in 1945. York also starred in the movies My Sister Eileen, Operation mad Ball, Cowboy, The Last Blitzkrieg, They Came to Condura, and Inherit the Wind. He also appeared in episodes of the TV series Kraft Television Theatre, Studio One, Alfred Hitchcock Presents, Playhouse 90, The Twilight Zone, Rawhide, Wagon Train, The Flintstones, Simon & Simon, and Fantasy Island. York was nominated for a Primetime Emmy Award for Bewitched in 1968. Dick York passed away on February 20, 1992 at the age of 63 from complications from emphysema. Unfortunately, at the time of his death, Dick York was broke and living off a $650 monthly pension from the Screen Actors Guild. 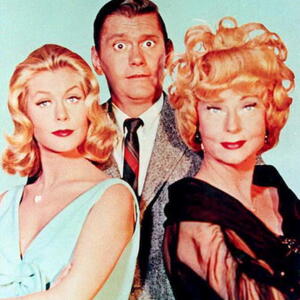