How much is Dick Van Patten Worth?

Dick Van Patten net worth: Dick Van Patten was an American actor who had a net worth of $5 million. He is best known for playing the father, "Tom Bradford" on the television comedy, Eight is Enough but throughout his career had appeared in over 100 television shows and 40 feature films. He was born in Kew Gardens, New York in December 1928 and began working as a model and actor as a child. He made his Broadway debut at the age of seven in Tapestry In Gray. After finding success on the New York stage and appearing in more than a dozen plays as a teenager, and later moved to Los Angeles to pursue his acting career. His first big role was as "Nels Hansen" in the 1949 TV series Mama, which ran from 1949 to 1957. Over the years, Patten also appeared in episodes of Sanford and Son, Banacek, Arrested Development, The Brian Keith Show, Cannon, The Streets of San Francisco, Adam-12, Emergency!, and Happy Days, in addition to his stand out role for several seasons of Eight Is Enough. He has appeared in several films directed by Mel Brooks, including High Anxiety, Spaceballs, and Robin Hood: Men in Tights, as well as cameos in music videos for The Weird Al Show. He was also a commentator for the World Series of Poker from 1993 to 1995. In 1985, Dick Van Patten was honored with a star on the Hollywood Walk of Fame, and in 2008 also received a star on the Palm Springs Walk of Stars. He was married to Patricia Poole (aka Pat Van Patten) since 1954. The couple raised their three sons in Sherman Oaks and remained married until his death in 2015 at the age of 86. Van Patten passed away due to complications with Type 2 Diabetes, an illness he had lived with for many years. 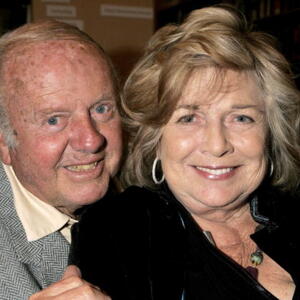