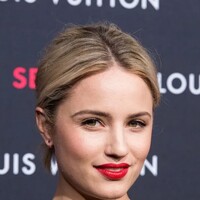 What is Dianna Agron's Net Worth?

Dianna Agron is an American actress and dancer who has a net worth of $4 million. Dianna Agron known for her roles on the television series "Heroes" and "Glee." She has also been in numerous films, including "I Am Number Four," "The Family," "Novitiate," and "As They Made Us." Agron has done substantial activist and charity work over the years, particularly in support of children, refugees, and the LGBTQ community.

Dianna Agron was born on April 30, 1986 in Savannah, Georgia to Jewish parents Mary and Ronald. She has a younger brother named Jason. Due to her father's career as a general manager of Hyatt hotels, Agron moved often with her family, living in various hotels growing up. She was raised first in San Antonio, Texas and then in Burlingame, California. At a very young age, Agron began dancing, and later on performed in local and school musical theater productions. In Texas, she was educated at a Jewish day school through the third grade, and after moving to California attended Lincoln Elementary School. Agron subsequently went to Burlingame Intermediate School and Burlingame High School. As a teenager, she taught dance and worked at a local boutique.

Agron emerged on the television scene in 2006 with appearances in six different programs. She was in episodes of such shows as "CSI: NY," "Drake & Josh," and "Shark," and also appeared in the television film "After Midnight: Life Behind Bars." Agron's biggest role that year was in the third season of "Veronica Mars," playing the recurring role of Jenny Budosh. An even meatier recurring role came in 2007 when she played cruel cheerleader Debbie Marshall in the second season of "Heroes." The same year, Agron landed a main role in the short comedy series "It's a Mall World," made for American Eagle Outfitters. In 2008, she appeared in an episode of the crime drama series "Numb3rs."

Agron had her biggest television role yet from 2009 to 2015, playing high school cheerleading captain Quinn Fabray in the Fox musical dramedy series "Glee." The role was a main one for the first three seasons of the show, and then became a guest role for seasons four through six. Agron starred alongside Cory Monteith, who played her boyfriend Finn Hudson, as well as such actors as Chris Colfer, Jayma Mays, Lea Michele, Amber Riley, Naya Rivera, Darren Criss, Jane Lynch, and Matthew Morrison. As part of the cast, she shared the SAG Award for Outstanding Performance by an Ensemble in a Comedy Series. 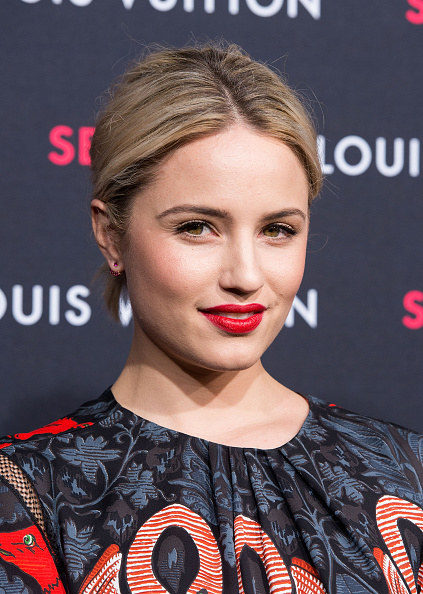 In 2006, the same year she debuted on television, Agron made her feature film debut with an uncredited part in the horror remake "When a Stranger Calls." Her first credited role came the next year in the action thriller "T.K.O.," in which she starred as Dyanna. Agron also appeared in the comedy "Skid Marks" the same year. She went on to appear in a number of short films, including "A Fuchsia Elephant," which she also wrote and directed. Agron returned to feature films in 2010 with supporting roles in "The Romantics" and "Burlesque." The following year, she starred in the horror film "The Hunters" and the science-fiction action film "I Am Number Four," based on the eponymous YA novel. In 2013, Agron starred as the daughter of Robert De Niro and Michelle Pfeiffer's mobster characters in the black comedy crime film "The Family."

Agron starred in three films in 2015: the political thriller "Zipper," the romantic comedy "Tumbledown," and the drama "Bare." She also narrated the documentary film "Unity." Agron next starred in the thrillers "The Crash" and "Hollow in the Land" and the drama "Novitiate." In 2019, she starred in the thriller "Against the Clock" and appeared in the anthology film "Berlin, I Love You"; additionally, she directed a segment of the latter film. Agron's other credits have included the comedy "Shiva Baby," the biographical romantic drama "The Laureate," and the dramas "As They Made Us" and "Acidman."

In addition to her singing on "Glee," Agron has performed in many other musical contexts. She has had multiple residencies singing at the Café Carlyle in New York City beginning in 2017. Agron has also been in a number of music videos, including for the Killers' "Just Another Girl" and Sam Smith's "I'm Not the Only One."

A passionate social and political activist, Agron has been a notable supporter of LGBTQ rights. She serves as a GLAAD Spirit Day ambassador and has hosted the GLAAD Media Awards. Agron has also been substantially involved with organizations supporting children, including Camp Wonder, UNICEF, 826LA, and Children's Mercy Hospital. Among her other philanthropic endeavors, she has given to charities helping refugees affected by war.

Agron has been in multiple highly publicized relationships over the years. In 2010, she began dating actor Alex Pettyfer, her costar in "I Am Number Four." They split up the following year due to Pettyfer's controlling and paranoid behavior. Agron went on to date actor Chris Evans, and then actor Sebastian Stan. In 2015, she started a relationship with Mumford & Sons guitarist Winston Marshall, whom she married in 2016. The couple separated in 2019 and divorced in 2020. After that, Agron began dating Belgian artist Harold Ancart, and reportedly actor Bradley Cooper.