Diane Kruger Net Worth: Diane Kruger is a German actress and former model who has a net worth of $24 million. She has played notable roles in some of Hollywood's biggest blockbusters and has appeared in a number of television series. Although she is German, most of her roles have been English-speaking or French-speaking. Throughout her career, Kruger has won a number of awards. She has also been nominated for countless others.

Early Life: Diane Heidkrüger was born on July 15th of 1976 in Algermissen, West Germany. Raised in a Roman Catholic household by middle-class parents, Diane studied hard to learn English at a young age. She attended Catholic school as a child and went on exchange programs to improve her English. As a young girl, she wanted to become a ballerina and auditioned for the Royal Ballet School in London. Unfortunately, a knee injury destroyed her dream, prompting Kruger to pursue a career as a fashion model in Paris.

Career: After moving to Paris, Diane Kruger quickly learned how to speak French. She had been successful in the modeling world ever since 1993, when she represented Germany at the Elite Model Look event. Diane Kruger is somewhat of a rarity in the fashion world because of her relatively short stature. Although she stands at just under 5 foot 6, she has enjoyed a thoroughly successful modeling career with no shortage of jobs.

Throughout her modeling career, Kruger worked with major brands such as Chanel, Marc Jacobs, D&G, and many others. She also appeared on covers of magazines like Marie Claire, Vogue Paris, and Cosmopolitan.

By the early 2000s, Diane Kruger had shifted her focus towards acting and began taking drama lessons. Her first film role came in 2002 when she appeared in "The Piano Player," and she followed up with roles in roles directed by her then-husband, Guillaume Canet. Further film roles came with "Michel Valliant" and "Wicker Park" before one of her first real breakthroughs in the film "Troy." She played Helen of Sparta, one of the key roles in the retelling of the ancient Iliad. The film received mixed reviews but managed to rake in over $500 million at the box office.

In 2012, she starred in a French film called "Les Adieux à la Reine." In 2013, she appeared in "The Host" before transitioning to a television role in the series "The Bridge." By 2016, she had returned to film roles once again with "The Infiltrator"." In 2019, it was announced that Diane would appear in the spy movie "355."

Of course, the most notable moment for Kruger came in 2017, when she won the Cannes Film Festival Award for Best Actress. This was in recognition of her performance in the film "In the Fade," which was also the first time she had ever acted in a German-language film (despite that being her native tongue). She also won a Satellite Award for Best Actress in recognition of role in "In the Fade." In addition, "In the Fade" won Best Foreign Film at the Golden Globe Awards.

Brand Endorsements: Diane Kruger supplements her income from acting with a number of notable brand endorsements. Since 2009, she has been the global spokesmodel for L'Oreal. She is also a brand ambassador for Jaeger-LeCoultre, a Swiss watch brand. In addition, she endorsed a fragrance line for Calvin Klein in 2010.

Relationships: In 1999, Kruger started dating Guillaume Canet, a French actor and director. In 2001, they wed and spent the next few years working together in various acting roles. By 2006, the couple decided to get a divorce because their busy schedules made it difficult to spend time together. After dating actor Joshua Jackson for 10 years, she started dating Norman Reedus, another actor. They started dating in 2016 and in 2018 they had a child together.

Real Estate: In 2018, it was reported that Diane Kruger and Norman Reeedus had purchased a property in the West Village neighborhood of Manhattan for $11.75 million. The off-market real estate deal was done through an LLC. The home spans an impressive 3,800 square feet and features construction dating all the way back to the 1800s. Federal-style architecture also makes this property stand out.

In 2020, the couple dropped $8.5 million on a property in the Hollywood Hills neighborhood of Los Angeles. The purchase was an all-cash deal, and Kruger and Reedus managed to snatch it up for much lower than its original listed price of $13 million. The property has gone through some major renovations by top-class design professionals, although it was originally constructed in the 1920s. It also boasts over 7,700 square feet of living space and sits on half an acre of land. 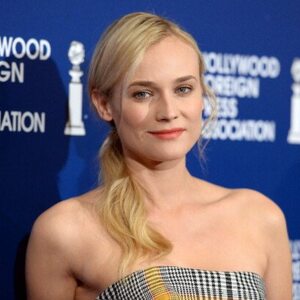