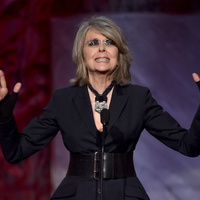 What is Diane Keaton's Net Worth?

Diane Keaton is a well-known actress, screenwriter, producer, and director who has a net worth of $100 million. Although Diane has certainly made a name for herself thanks to various acting roles, she continues to generate significant buzz even when she's not in front of a camera. Keaton is known for her impeccable style, her vibrant personality, and her success as a real estate developer.

With all that said, Keaton's acting achievements are more than enough to make her stand out. Over the course of her career, she has won a number of awards, including two Golden Globes, a BAFTA, and an Oscar. Although she began her career with theatre work, she later landed roles in some of the most famous films of recent memory, including "The Godfather" and its sequels. Keaton is also an experienced voice actress, having worked on animated films such as "Finding Dory." Today, Diane Keaton is considered one of the greatest actresses in history.

Diane Keaton has been a trendsetter for most of her adult life.  After getting her start on stage, she made the move to movies, appearing in "The Godfather" in 1972.  However, it was her work with Woody Allen that made her a household name, and in 1977, she starred in the movie that brought her worldwide fame, and changed women's fashion forever, "Annie Hall".  The film won her an Oscar, and launched the beginning of an entire fashion trend based around the clothing that Ralph Lauren designed for her character.  She has enjoyed a steady career since then, appearing in such films as, "Looking for Mr. Goodbar", "Crimes of the Heart", "Father of the Bride", and its sequel, "The First Wives Club", "Marvin's Room", "Something's Gotta Give", and "The Big Wedding".  In addition to her acting work, she is also a director, photographer, and successful real estate developer.  In other words, she's a true renaissance woman, and she has the shelf of awards, and over a billion dollars in box office receipts, to prove it. She has continued to enjoy "Leading Lady" status, even as many of her female colleagues are relegated to secondary roles as mothers, grandmothers, and doting aunts. 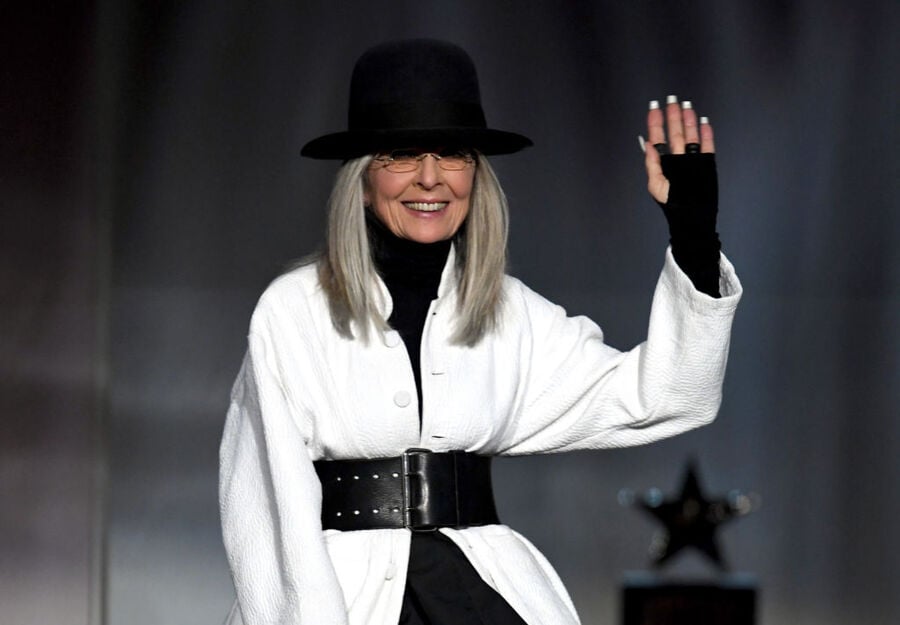 Diane Hall was born on January 5th of 1946 in Los Angeles, California. Raised in a Free Methodist household, Diane was inspired by her mother and Katharine Hepburn to become an actress who portrayed strong, independent women. During her high school years, she joined singing and acting clubs. She also appeared in a number of school plays before graduating in 1964. Although Diane initially studied acting at a number of colleges, she soon dropped out in order to pursue a professional career in New York City.

During this period, she joined the Actors' Equity Association and changed her last name to Keaton (her mother's maiden name). This was because another actress under the name of Diane Hall was already registered. While she attempted to break through in New York, she took classes at the Neighborhood Playhouse and mastered the Meisner technique. This technique places a focus on the scene partner rather than the actor themselves, and Meisner-trained actors strive for genuine, organic emotions above all else.

By the late 60s, Keaton had made significant progress in the Broadway community, and she gained notoriety after appearing in the play "Play It Again, Sam." She was nominated for a Tony Award for her performance, and later made her film debut with "Lovers and Other Strangers." A slew of roles soon followed, with both television series and commercial gigs.

Although Diane was certainly making a name for herself at this point, her true breakthrough came in 1972 when she appeared in the film "The Godfather." She played the love interest of Al Pacino's character and brought her trademark eccentricity to the role. The first film became a financial and critical success, winning the Oscar for Best Picture in 1972.

Keaton then reprised her role in "The Godfather Part II" before working with Woody Allen on a number of projects throughout the 1970s. These included "Sleeper," "Love and Death," and a film adaptation of the play "Play It Again, Sam." A high point came in the late 70s when Keaton won the Academy Award for Best Actress after starring in Allen's "Annie Hall." Diane stopped working with Allen after the film "Manhattan." 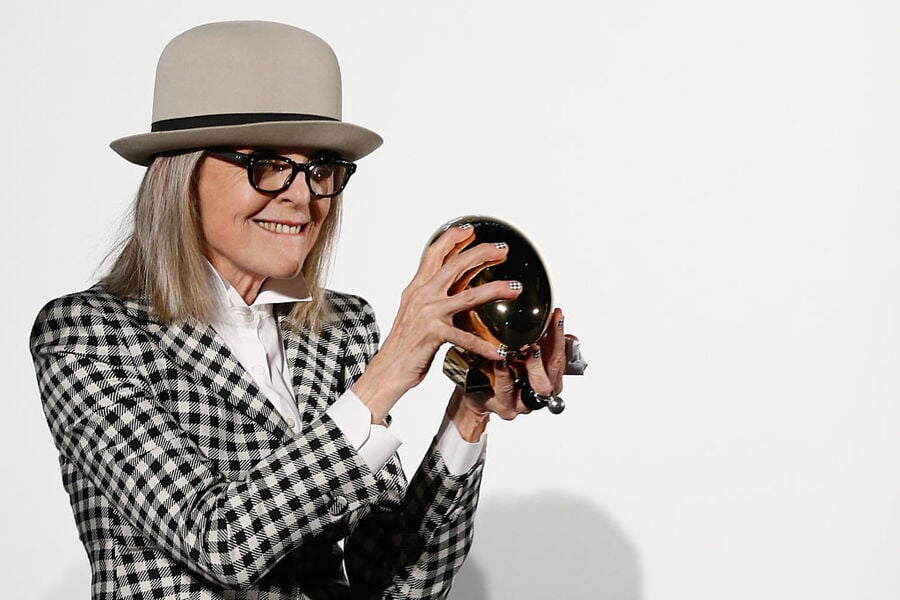 During the next period, Keaton appeared in a number of films, including the critical and commercial failure "The Little Drummer Girl." The 90s saw her transition to more mature roles in films like "The Godfather Part III" and "The Manhattan Murder Mystery." She also directed her first theatrical release, "Unstrung Heroes." Another high point came with "The First Wives Club," which earned $105 million at the box office in 1996.

2001 saw Keaton's career flounder once more with the infamously unsuccessful "Town & Country," which earned just $7 million on a budget of $90 million. She fared better with 2003's "Something's Gotta Give" alongside Jack Nicholson. A number of additional roles followed throughout the 2010s, including a voice acting role in "Finding Dory," which raked in over $1 billion worldwide in 2016. In 2018, she appeared in "Book Club," which also performed well at the box office.

Keaton is famous for her relationships with other celebrities. During the beginning of her career, Diane dated Woody Allen for several months and lived with him. During the late 70s, she sparked a relationship with director/producer Warren Beatty. During the filming of "The Godfather Trilogy," Keaton became romantically involved with Al Pacino, although their relationship ended with the wrap of the last film. By 2001, Keaton was raising two adopted children, having never married. She rejects the notion that not marrying has made her life any worse.

Diane Keaton has owned a number of homes in Los Angeles, including a Spanish Colonial Revival in Beverly Hills, and a Lloyd Wright designed home on Sunset Boulevard in the Pacific Palisades situated on 2.61 acres. The Lloyd Wright designed home was originally designed for Oscar winning musician Alfred Newman, and has been renovated by Keaton, who is known for restoring homes. The home is 4,386 square feet, with 5 bedrooms, and 3.5-bathrooms. The home has a main house and two detached master suites. The home features original parquet floors, four wood-burning fireplaces, and a number of built ins. The master bedroom suite has a loft feel surrounded by walls of glass. The back yard features a swimming pool with the property surrounded by sycamore and oak trees.

Keaton has remodeled and restyled a number of mansions before selling them for substantial profits. Several of her buyers have been celebrities, including Madonna, who once bought a mansion from Keaton for $6.5 million. TV screenwriter Ryan Murphy also purchased a home from Keaton. Diane has earned so much through smart real estate deals that this "side business" rivals her income from acting.

In 2002, Diane bought a Bel Air mansion with a ton of Hollywood history for an undisclosed amount. After a massive renovation, she sold the home in 2005 to a tech executive for $16.5 million.

In 2004, Keaton acquired a property in Laguna Beach for $7.5 million. She immediately got to work and renovated the beach house with a keen eye for detail. After two years, she was ready to put the historic but revamped 1928 property on the market for $12.75 million. With no buyers, she put the 4,000-square-foot home back on the market for an increased sum of almost $16 million in 2015.

In 2018, she paid $1.5 million for a home in Tucson, Arizona. Keaton once again "worked her magic" before relisting the property for $2.6 million in 2020. The 4,500-square-foot property was built back in 1900, but it went through a number of renovations and updates before Diane purchased it. Details include exposed wooden beams and a number of beautiful features maintained from the original construction at the turn of the 19th century.