How much is Diane Guerrero Worth?

Diane Guerrero net worth: Diane Guerrero is an American actress and author who has a net worth of $2 million. Diane Guerrero was born in New Jersey in July 1986. Since 2014 she has starred as Lina on the television series Jane the Virgin. Guerrero has also starred as Maritza on the TV series Orange Is the New Black since 2013. She has appeared in the films Festival, Open Vacancy, Emoticon ;), My Man Is a Loser, Peter and John, and Happy Yummy Chicken. Guerrero has also appeared in episodes of the TV series Body of Proof, Are We There Yet?, Blue Bloods, Person of Interest, Pushing Dreams, and Taxi Brooklyn. She has won Screen Actors Guild Awards for Outstanding Performance by an Ensemble in a Comedy Series for Orange Is the New Black in 2015, 2016, and 2017. Guerrero's family was deported to Columbia and she became an advocate for immigration reform. She authored her memoir In the Country We Love: My Family Divided. 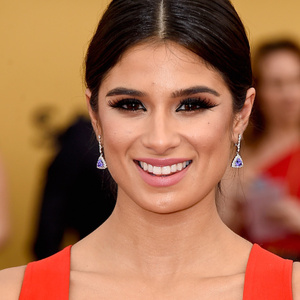