Diane Farr net worth: Diane Farr is an American actress and writer who has a net worth of $2 million. Diane Farr was born in Manhattan, New York in September 1969. She graduated from New York's Stony Brook University and Loughborough University in England. She has authored the books The Girl Code in 2001 and Kissing Outside the Lines in 2011.

She co-hosted the television series Loveline on MTV from 1997 to 2000. From 1999 to 2001 Farr starred as Amy DeLuca in the TV series Roswell High. From 2001 to 2002 she starred as Jan Fendrich in the series The Job. She starred as Maddie Hudson in the TV series Like Family from 2003 to 2004 and as Laura Miles in the series Rescue Me from 2004 to 2005. From 2005 to 2008 Farr starred as Megan Reeves in the series Numb3rs. She starred as Jill Robinson in the television series Californication in 2009. Farr has starred in the movies The Third Nail, About Cherry, and Road Hard. She has also appeared in episodes of the TV series Silk Stalkings, Unhappily Ever After, The Drew Carey Show, CSI: Crime Scene Investigation, Desperate Housewives, White Collar, Grey's Anatomy, CSI: Miami, The Mentalist, The Secret Life of the American Teenager, Private Practice, Modern Family, and Two and a Half Men. 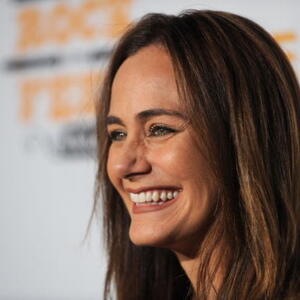