Baby Peggy Net Worth: Baby Peggy is an American actress who has a net worth of $2 million. Diana Serra Cary was born Diana Serra Cary in Merced, California in October 1918. She is known for being one of the three major American child stars in the Hollywood silent movie era.

She starred in more than 150 shorts for Century Studios between 1921 and 1923. She was called "The Million Dollar Baby" for making $1.5 million dollars a year. In 1922 she received more than a million fan letters. After making all that money she was poor and worked as an extra in the 1930s. After her acting career Peggy became an author and a silent film historian using her real name. She became an advocate for child actors' rights. Her last acting role came as an extra in the 1938 film Having Wonderful Time. Cary has authored seven books. Century Studios burned down in 1926 and many of the Baby Peggy films did not survive. On her 90th birthday she was honored at the Edison Theatre in Niles, California. In 2012 Turner Classic Movies presented the documentary Baby Peggy: The Elephant in the Room. She was married to Robert Cary who passed away in 2001 and the couple had one son together. 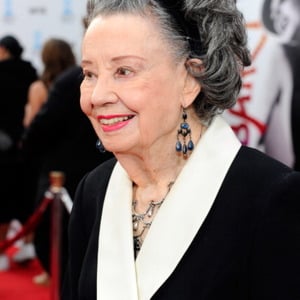