Diana Rigg net worth: Diana Rigg was an English actress who had a net worth of $10 million at the time of her death. Diana died on September 10, 2020 at the age of 82. She was probably best-known for appearing in the late 1960s series "The Avengers" and the HBO series "Game of Thrones". In 1997 she won a Tony award for her role in "Madea".

Diana Rigg was born in Doncaster, South Yorkshire, England in July 1938. From 1965 to 1968 she starred as Emma Peel on the television series The Avengers. Rigg starred as Diana Smythe on the TV series Diana from 1973 to 1974. From 2013 to 2019 she starred as Olenna Tyrell on the series Game of Thrones. Rigg has had recurring roles on the TV series Bleak House, Mother Love, The Mrs. Bradley Mysteries, and You, Me and the Apocalypse. She has starred in several films including A Midsummer Night's Dream, The Assassination Bureau, On Her Majesty's Secret Service, Julius Caesar, The Hospital, Theatre of Blood, A Little Night Music, The Great Muppet Caper, Evil Under the Sun, Snow White, A Good Man in Africa, Parting Shots, Heidi, The Painted Veil, and Breathe. Rigg won a Primetime Emmy Award in 1997 for Rebecca. 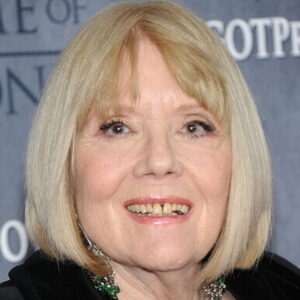