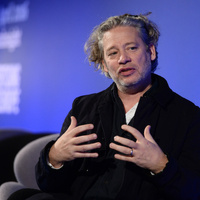 Dexter Fletcher Net Worth: Dexter Fletcher is an English actor and director who has a net worth of $6 million dollars. Dexter Fletcher was born in Enfield, North London, England, in 1966, and studied at the Anna Scher Theatre. Fletcher's entertainment industry career began at a young age. He made his on-screen debut in 1976's "Bugsy Malone" as Baby Face. His stage debut came a year later in "A Midsummer Night's Dream". He became a fairly popular child actor in Britain, appearing in "The Elephant Man", "The Bounty", and "The Long Good Friday". As he aged, Fletcher's credits include "Press Gang", "Murder Most Horrid", "The Rachel Papers", "Layer Cake", "Lock, Stock, and Two Smoking Barrels", "Band of Brothers", "The Virgin Queen", and "The Booby and the Beast". Fletcher appeared on the radio show "The Way We Live Right Now" and even scored a part in Kylie Minogue's music video for "Some Kind of Bliss" in 1997. He made his directorial debut in early 2012 with "Wild Bill". His follow-up effort, "Sunshine on Leith", released a year later. Fletcher does TV commercials for McDonald's and narrates several TV shows and audiobooks. He has been married to his wife, Dalia Ibelhauptaite, since 1997 after two high profile relationships with actresses Liza Walker and Julia Sawalha.