Devon Werkheiser net worth: Devon Werkheiser is an American actor, singer-songwriter, and musician who has a net worth of $200 thousand dollars. Devon Werkheiser was born in Atlanta, Georgia in March 1991. He is best known for playing the role of Ned Bigby on Nickelodeon's Ned's Declassified School Survival Guide. Devon took acting classes at the Talent Factory as a kid.

At six years old he started doing impressions of Jim Carrey from Ace Venture: Pet Detective. He appeared with Charles Barkley in an NBA commercial. In 2002 he appeared in the film We Were Soldiers and his family moved to Los Angeles. He played the title role on Ned's Declassified School Survival Guide from 2004 to 2007. Devon also played the part of Nolan Byrd in the 2007 movie Shredderman Rules. He has had recurring roles in the shows Greek in 2011 and Never Fade Away in 2012. Devon has done voice work for Casper's Scare School, The Wizzard of Krudd, Marmaduke, and Scared Shrekless. He has been nominated for three Young Artists Awards. He signed with Universal Records and is a popular recording artist on MySpace. Devon is said to be working on his debut studio album. His first EP titled I Am was released in 2013. 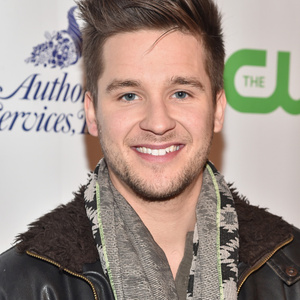