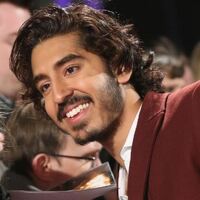 What is Dev Patel Net Worth?

Dev Patel is a British actor who has a net worth of $10 million. Patel rose to prominence after playing Jamal in the 2008 drama "Slumdog Millionaire". He has since gone on to enjoy a successful film and television career.

Dev Patel was born on April 23, 1990 in Harrow, London. He is the son of mother Anita, who operated as a care worker, and father Raju, who worked as an IT consultant. Patel's parents both identify as Gujarati Indian Hindus, though both parents were born and raised in Nairobi, Kenya. In Nairobi, both of Patel's parents lived in a sizable Indian community. However, Patel's parents emigrated separately in their teens to England — they first met in London. Patel was raised with a Hindu upbringing and claims to speak some Gujarati. Patel's ancestors hail from Jamnagar and Unjha in Gujarat. Patel grew up in the Rayners Lane district of Harrow and attended Longfield Primary School, then, later Whitmore High School. Patel earned his initial acting stripes playing Sir Andrew Aguecheek in a school staging of Shakespeare's "Twelfth Night".

Patel earned an A+ grade in the subject of GCSE Drama for what he claims was a "self-penned portrayal of a child in the Beslan school siege". Patel's drama teacher Niamh Wright was so touched by Patel's work that he went on record saying, "Dev was a gifted student who quickly impressed me with his innate ability to communicate a wide variety of characters imaginatively and creatively." Patel was awarded full marks for this GCSE performance which was played to a live audience. A visiting examiner was reportedly moved to tears by Patel's touching portrayal. Patel was still in attending Whitmore High School while earning television work on the acclaimed series "Skins". 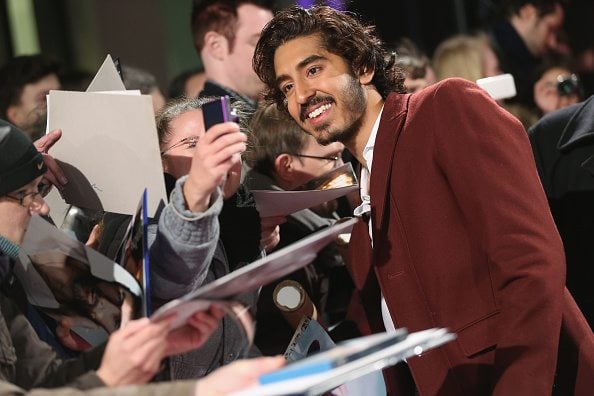 Prior to becoming famous for his work in television and film, Dev claimed to be an ordinary teen who had two great passions close to his heart: acting and tae kwon-do. Although Patel would show much promise when it came to his acting skills while joining the cast of "Skins", it was his work with director Danny Boyle that would largely put him on the Hollywood radar.

Patel was avidly searching for non-traditional leading man roles of Indian descent and this demographic fit a part that Boyle needed to fill to a "T". Boyle was confident that he'd found the actor he was looking for in Dev Patel for his film "Slumdog Millionaire".

Patel landed the role of Jamal decisively, a young resident of the Mumbai slums who gets a shot at making his life better via the game show "Who Wants to be a Millionaire?" His endearing performance, opposite Freida Pinto, earned him rave reviews and made the film an instant hit. As for his subsequent notable turns, they include feature movies like M. Night Shyamalan's "The Last Airbender" (2010) and "The Best Exotic Marigold Hotel" (2011), as well as Aaron Sorkin's HBO show "The Newsroom".

2014 was another active year for Patel, who starred alongside Robert Sheehan and Zoë Kravitz in "The Road Within", a film about three unlikely friends, one character having Tourette's syndrome (Sheehan), one living with OCD (Patel), as well as their anorexic friend (Kravitz). The film documents the three friends as they embark on a road trip. Although the film itself received mixed reviews, Variety put down positive words for the film, calling the performances therein "bristling and committed" while also adding the critique that "there remains a nagging tidiness to the whole endeavor that leaves a strained, cloying aftertaste".

In 2016, Patel starred as Saroo Brierley, a boy from a poverty-stricken family in India went to sleep on a train and woke up far from home in the biographical film "Lion", which was directed by Garth Davis. Patel played alongside Nicole Kidman and Rooney Mara. The film premiered to rave reviews and had a ton of "Oscar buzz" behind it that was largely garnered at the 2016 Toronto International Film Festival. The film itself is largely based upon source material from Brierley's memoir "A Long Way Home". Patel went on to win the BAFTA award for 'Best Supporting Actor'. At the 89th Academy Awards, Patel himself was nominated for Best Supporting Actor for his efforts in the film.

Patel went on to play David Copperfield in the 2019 adaptation of the Charles Dickens classic "The Personal History of David Copperfield" helmed by Armando Iannucci's. Patel is also slated to star in director David Lowery's "The Green Knight" with a release date set for the summer 2021.

Off-screen, Dev dated with his "Slumdog Millionaire" co-star, Freida Pinto for roughly six years, until they broke up in 2014.