Desmond Harrington Net Worth: Desmond Harrington is an American actor who has a net worth of $4 million. With handsome looks and height of 5′ 10″, Harrington is considered to be one of the hottest studs in Hollywood. However, it was his talent that made him land key roles in features like "The Hole", "Wrong Turn" and "Ghost Ship".

Born on October 19, 1976 in Savannah, Georgia, he spent the most of his childhood in Bronx, New York where his parents settled when he was three. Harrington earned his education at St. Margaret's of Cortona and then Fordham Preparatory School. Upon graduation, he did a variety of jobs as landscaper, cold caller and bartender. It was while he was bartendering in Manhattan that a colleague suggested him to start an acting career. Not long after, he took the challenge and began appearing in dramas, comedies and TV shows. In 1999 he finally earned his initial recognition for the part of Aulon in "The Messenger: The Story of Joan of Arc". Having caught the eyes of directors, he soon found himself playing leading roles in such movies as "The Hole, "Ghost Ship" and "Wrong Turn". As for his role to remember, it's the portrayal of Jesse Keys in the 2002 science fiction drama "Taken". Six years later, he translated his success on the small screen appearing in "Dexter", a famous Showtime Television show. The same year he got the role of Jack Bass, a guest role in "Gossip Girl". In 2012, Desmond also played a minor role in the blockbuster "The Dark Knight" where he appeared as a police officer. 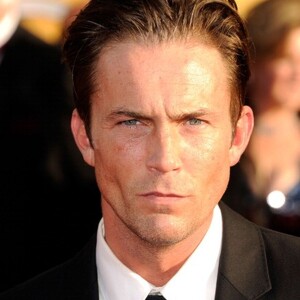