Dermot O'Leary Net Worth and Salary: Dermot O'Leary is an English television and radio presenter who has a net worth of $12 million. Although O'Leary eventually went on to become a DJ and presenter for ITV and BBC Radio 2, he gained widespread recognition for being the presenter of "The X Factor," an incredibly successful reality TV show. After becoming the presenter for this competition in 2007, he stepped down in 2015 to branch out with his entertainment career.

Early Life: Sean Dermot Fintan O'Leary Jr. was born on May 24th of 1973 in Colchester, Essex. Due to the fact that both of his parents were Irish, he holds dual Irish-British citizenship. While Dermot was attending school, his lackadaisical approach to his studies meant that he failed most of his classes. However, he later returned to re-take his courses, and better grades allowed him to attend Middlesex University, where he studied media.

Career: Dermot O'Leary began his entertainment career as a DJ. Some of his first work was for BBC Essex. Dermot later worked behind the scenes for the show "Light Lunch," before landing his first presenting gig on the "T4" slot on Channel 4. This led to more opportunities, and in 2001 O'Leary began working as a presenter for "Big Brother's Little Brother," a spin-off show of "Big Brother." That year, Dermot made a notable appearance on the show "Blankety Blank." In 2007, O'Leary stepped down from hosting "Big Brother: Celebrity Hijack" after many years of hosting similar spin-offs.

That year, he signed a one-year contract to appear on "Hollyoaks," although this contract was quickly ripped up. O'Leary didn't seem to have the acting abilities to perform such a role, or at least that's what production staff said about the incident. In any case, this period marked the end of Dermot's time with Channel 4, and he would only return again on rare occasions. Examples include O'Leary's hosting of "The Paul O'Grady Show" in 2009, and his presenting of "Live From Space" in 2014.

After O'Leary spent a number of years building up his reputation in the entertainment world, his career took a major step forward with ITV. In 2007, Kate Thornton stepped down as the host of "The X Factor," and Dermot was hired to replace her. Over the next few years, O'Leary became a household name in the entertainment industry, and the popularity of "The X Factor" helped him become even more established. In 2015, he stepped down from his hosting role after a number of years. However, he returned briefly in 2016 to present the show once again.

Over the next few years, O'Leary maintained close ties with ITV despite leaving "The X Factor." In 2010, he started hosting the "National Television Awards," and he kept this role for the next nine years. He also hosted shows like "Soccer Aid," "The Marriage Ref," "From the Heart," and "The Morning." Another notable step forward came in 2017, when O'Leary hosted the 37th BRIT Awards with Emma Willis. That year, he also hosted a total of nine episodes of "The Nightly Show." Much later, Eamonn Holmes and Ruth Langsford were both told to leave "This Morning," and Alison Hammond and O'Leary were hired to replace them, starting in 2021.

In terms of his work with BBC, Dermot presented the show "Comic Relief" in 2005, 2011, and 2013. Throughout the 2000s, O'Leary also presented a number of other shows for the channel, including "1 vs. 100," "Sport Relief," and "Rock Profile." In 2010, he hosted the show "Question Time," which was political in nature. During this period, he also hosted his own interview show called "Dermot Meets…" which included interviews with celebs like David Cameron, Gordon Brown, and Nick Clegg.

In 2015, O'Leary was hired as the replacement for Terry Wogan when his ill health forced him to step down from "Children in Need." In 2016, O'Leary became the new host for "The Getaway Car." In addition, Dermot has guest-presented various episodes of "The One Show."

Dermot O'Leary is also quite well-known for his radio work, and one of his first major gigs was with XFM, a London-based indie rock station. He stayed with this station for a number of years before joining BBC Radio 2 in 2004. BBC Radio 2 gave O'Leary his own radio show called "Dermot's Saturday Club," which ran until 2017. The show became known for introducing several new bands to the world, and it also featured live sessions from established bands such as Oasis, Beck, Foo Fighters, and many others. Dermot then went on to host the Saturday morning breakfast show on BBC Radio 2.

Relationships: After dating his long-term girlfriend Dee Koppang for many years, Dermot wed his fiancee in 2012. He and Dee welcomed their first child into the world in 2020.

Business Ventures: O'Leary once co-owned a pair of restaurants called "Fishy Fishy," with one location in Brighton and another in Poole. Both restaurants eventually closed down. In 2017, Dermot released a children's book called "Toto the Ninja Cat and the Great Snake Escape."

Real Estate: In 2011, Dermot reportedly purchased a mansion in London worth 3.5 million pounds. The residence is reportedly located close to the Emirates Stadium, where O'Leary's favorite football team (Arsenal) plays. Dermot and his then-girlfriend Dee Koppang immediately set to work on renovations, allegedly spending thousands of pounds on various alterations and additions. 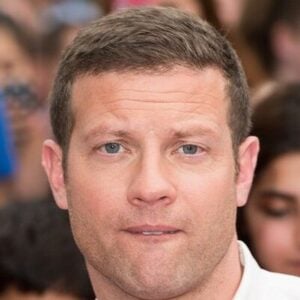