Derek Yee Net Worth: Derek Yee is a Hong Kong actor, film director, and screenwriter who has a net worth of $50 million. Derek Yee Tung-sing was born in Hong Kong in December 1957. He acted for Shaw Brothers Studio. Derek is the half-brother of Hong Kong actors David Chiang and Paul Chun.

He stared in more than 40 films from 1975 to 1986. He has starred in movies such as Jade Tiger, Death Duel, Heroes Shed No Tears, Return of the Sentimental Swordsman, The Battle for the Republic of China, Shaolin Prince, Shaolin Intruders, The Supreme Swordsman, Dynamite Fighters, The Last Princess of Manchuria, and Protégé. After starring in films Yee turned to directing and screenwriting. He has written, directed, or produced the movies The Great Magician, Triple Tap, Shinjuku Incident, Protégé, Drink-Drank-Drunk, 2 Young, One Nite in Mongkok, Lost in Time, The Truth About Jane and Sam, Viva Erotica, Full Throttle, Endless Love, Overheard (and 2 & 3), The Bullet Vanishes, The Road Less Traveled, Crazy N' the City, Electric Shadows, and Driving Miss Wealthy. Yee won Best Director at the Hong Kong Film Critics Society Awards in 1996 and 2005. In both 1994 and 2005 he won Best Director and Best Screenplay at the Hong Kong Film Festival. Derek previously dated actress Maggie Cheung. 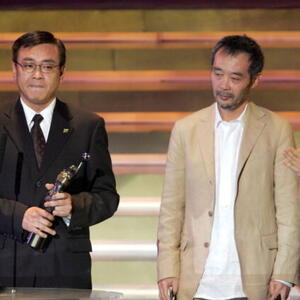