Derek Mears net worth: Derek Mears is an American actor and stuntman who has a net worth of $3.5 million dollars. Derek Mears was born in Bakersfield, California, and began performing improv when he was in high school. He began his professional career as a stuntman and actor in the mid-2000s, working on such projects as "The Shield", "E.R.", "Cursed", "Zathura", "The Hills Have Eyes", "Pirates of the Caribbean: Dead Man's Chest", "Blades of Glory", "The Hills Have Eyes 2", and "Resident Evil: Degeneration".

In 2009, he was cast in the role that would make him a household name, as Jason Voorhees in "Friday the 13th". He then went on to high-profile roles in such projects as "Predators", "Pirates of the Caribbean: On Stranger Tides", "Arena", "Hansel and Gretel: Witch Hunters", "Percy Jackson: Sea of Monsters", and "Hatchet III". He is next slated to reprise his role as Jason Voorhees, in the horror sequel, "Friday the 13th: Part II". 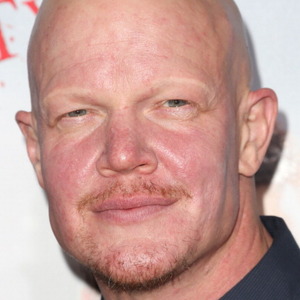