How much is Derek Jacobi Worth?

Derek Jacobi net worth: Derek Jacobi is an English actor and stage director who has a net worth of $8 million. Derek Jacobi was born in Leytonstone, Essex, England in October 1938. He has appeared in stage productions including Hamlet and Oedipus the King and has won two Laurence Olivier Awards. Jacobi won a Tony Award for starring in Much Ado About Nothing in 1984. He is a founding member of the Royal National Theatre and was knighted in 1994. Derek Jacobi has more than 150 acting credits to his name. From 2007 to 2009 he narrated and starred as Lord Henry on the television series Mist: Sheepdog Tales. Jacobi starred as Lord Pirrie on the TV mini-series Titanic: Blood and Steel in 2012. From 2013 to 2016 he starred as Stuart Bixby on the television series Vicious. Jacobi began starring as Alan on the TV series Last Tango in Halifax in 2012. He has appeared in several films including Othello, Little Dorrit, Dead Again, Hamlet, Love Is the Devil: Study for a Portrait of Francis bacon, and Gladiator. He won several awards including a Screen Actors Guild Award for starring in the film Gosford Park and won another SAG Award for The King's Speech. Derek Jacobi also won Primetime Emmy Awards for The Tenth Man and Frasier. 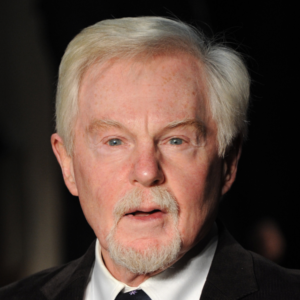