Derek Cecil was born in Amarillo, Texas in January 1973. He graduated from the University of Houston as well as the American Conservatory Theater. Cecil is a founding member of the Rude Mechanicals Theater Company out of New York. In 2000 he starred in the television series The Beat as Mike Dorigan. Cecil starred as Tom Bellow in the TV series Pasadena from 2001 to 2002. In 2002 he starred as James A. Prufrock in the series Push, Nevada. Cecil starred as Chas in the television series Treme from 2011 to 2012. From 2013 to 2014 he starred as Dean Xavier in the series Banshee. Since 2014 Cecil has starred as Seth Grayson in the series House of Cards. He has starred in the movies Men in Black II, The Killing Floor, Winter of Frozen Dreams, The Next Three Days, Friends with Kids, and Parker. Cecil has also appeared in episodes of the TV series Nash Bridges, Law & Order: Special Victims Unit, Law & Order, Gossip Girl, Fringe, The Good Wife, Grey's Anatomy, and Law & Order: Criminal Intent. In 2015 he was nominated for a Screen Actors Guild Award for House of Cards. 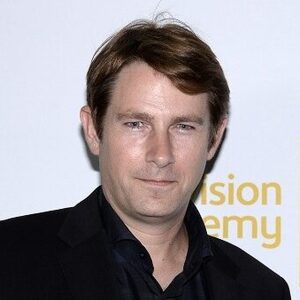