Deon Richmond net worth: Deon Richmond is an American actor who has a net worth of $1 million. Deon Richmond was born in New York City, New York in June 1978. He is best known for starring as Kenny, or "Bud", on the NBC television series The Cosby Show. Richmond appeared in the music video "Cherish" for Kool & The Gang in 1985.

He played the role of Kenny on The Cosby Show from 1986 to 1992. Richmond starred as Darren Dixon on the TV series Getting By from 1993 to 1994. From 1997 to 1999 he starred as Jordan Bennett on the series Sister, Sister. In 2006 he had a recurring role as Calvin Babbitt in the television series Teachers. Richmond starred in the movies Eddie Murphy Raw, Mo' Better Blues, High Frequency, Trippin', Scream 3, Not Another Teen Movie, and National Lampoon's Van Wilder. In 1989 he won a Young Artist Award for Best Young Actor/Actress Ensemble in a Television Comedy, Drama Series or Special for The Cosby Show. 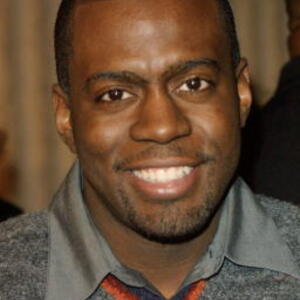