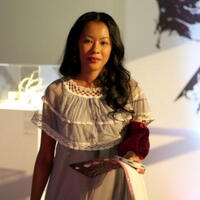 Denyce Lawton Net Worth: Denyce Lawton is an American actress and producer who has a net worth of $11 Million. Born in Seoul, South Korea on May 2, 1978, Lawton is well known for her acting contributions to Tyler Perry's House of Payne. She is of African American and Korean heritage and has spent time under a military household in the United States, South Korea, Japan, and Germany. She graduated from Largo High School in Washington D.C. and began acting in 1999. In 2011, Lawton's brother was murdered in Temple Hills, Maryland. Though Lawton has had a profitable acting career, she is perhaps more esteemed for her backup dancing roles for artists such as 'N Sync, Mya, Nelly, P. Diddy (formerly Puff Daddy), Ja Rule, Jagged Edge, Clay Aiken, 112, Nas, Jaheim, and several others. She worked as assistant Vice President of Urban Promotions at Warner Brothers Records, A&R at Priority Records, personal assistant to Irv Gotti, Assistant Junior Publicist at 20th Century Fox Films, and has been a model for several product lines such as Kemi Oil, ADIDAS, FUBU, Enyce, Baby Phat, and Karl Kani. She has been featured in several commercials and on the covers of nationally recognized magazines.