Dennis Weaver net worth: Dennis Weaver was an American actor who had a net worth of $16 million at the time of his death in 2006. Dennis Weaver was born in Joplin, Missouri in June 1924 and passed away in February 2006. He had just under 100 acting credits to his name and starred as Chester on the television series Gunsmoke from 1955 to 1964.

Weaver starred as Kentucky Jones on the TV series of the same name from 1964 to 1965. From 1967 to 1969 he starred as Tom Wedloe on the series Gentle Ben. Dennis Weaver starred as Sam McCloud on the television series McCloud from 1970 to 1977. He starred as R.J. Poteet on the TV mini-series Centennial from 1978 to 1979 and as Daniel Stone on the series Stone from 1979 to 1980. From 1983 to 1984 he starred as Rear Adm. Thomas Mallory on the television series Emerald Point N.A.S. and he starred as Dr. Buck James on the TV series Buck James from 1987 to 1988. Weaver starred in Steve Spielberg's first film Duel in 1971 and also starred in the Orson Welles movie Touch of Evil in 1958. He won a Primetime Emmy Award and a Screen Actors Guild Award and received a star on the Hollywood Walk of Fame. Weaver served as President of the Screen Actors Guild from 1973 to 1975. Dennis Weaver passed away on February 24, 2006 at 81 years old. A year before his death, Dennis sold a property in Colorado for $4.5 million and a property in Malibu for $5 million. 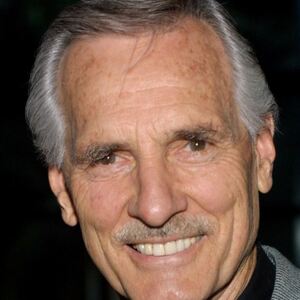