Dennis Quaid Net Worth: Dennis Quaid is an American actor who has a net worth of $30 million dollars. Dennis is the younger brother of actor Randy Quaid. Some of Dennis' best-known films include Frequency, The Parent Trap, Vantage Point, and Great Balls of Fire.

Early Life: Quaid was born in Houston, Texas on April 9th, 1954 to parents Juanita Quaid and William Quid. His mother worked as a real estate agent and his father as an electrician. Quaid's older brother, Randy Quaid, also became an actor. He attended elementary, middle, and high school in Bellaire, Texas, a small city within the Houston metropolitan area. While in high school, Quaid got involved in dance and drama, which he continued upon enrolling at the University of Houston. There, he studied with drama coach Cecil Pickett. Before graduating from university, Quaid decided to drop out and move to Hollywood in order to pursue a career in acting.

Career: Though his move to Hollywood was tough at first, Quaid landed his first roll in the 1979 coming of age film, Breaking Away, which went on to win the Academy Award for Best Original Screenplay and the Golden Globe for Best Film. The film's success helped Quaid gain traction. A few years later, he starred in The Right Stuff as astronaut Gordon Cooper. Though not very successful at the box office, the film received critical praise and scored four Academy Award nominations in addition to four wins.

Throughout the 1980s, Quaid career continued to take off, as he had roles in over 15 movies throughout the decade, including Great Balls of Fire! in which he portrayed Jerry Lee Lewis, and Innerspace, a science fiction comedy film.

In the early 1990s, Quaid's career took a dip, Quaid was dealing with several personal issues, including a struggle with anorexia nervosa after losing 40 pounds for the film Wyatt Earp. However, Quaid continued taking work and by the end of the decade, had started earning leading roles again. He starred in The Parent Trap in 1998 and Any Given Sunday in 1999.

Steady work continued for Quaid throughout the 2000s, during which he had roles in The Rookie, The Day After Tomorrow, Vantage Point,  G.I. Joe: The Rise of Cobra, and Far From Heaven. He won the New York Film Critics Circle Award for Best Supporting Actor for his work in Far From Heaven, in addition to the Independent Spirit Award for Best Supporting Male. He also portrayed former president Bill Clinton in the 2010 film, The Special Relationship, which depicted Clinton's political relationship with British Prime Minister Tony Blair. The film received several Emmy, Golden Globe, and Screen Actors Guild Award nominations, including several that recognized Quaid's performance specifically.

Quaid also had roles in several televisions series including recurring roles in Vegas, The Art of More, and Fortitude.

In more recent years, Quaid starred in the 2017 film A Dog's Purpose and the 2018 religious film I Can Only Imagine, for which he also wrote an original song. He was slated to again portray a former U.S. president, this time Ronald Reagan in a biopic, Reagan, though the film was delayed due to the COVID-19 pandemic. 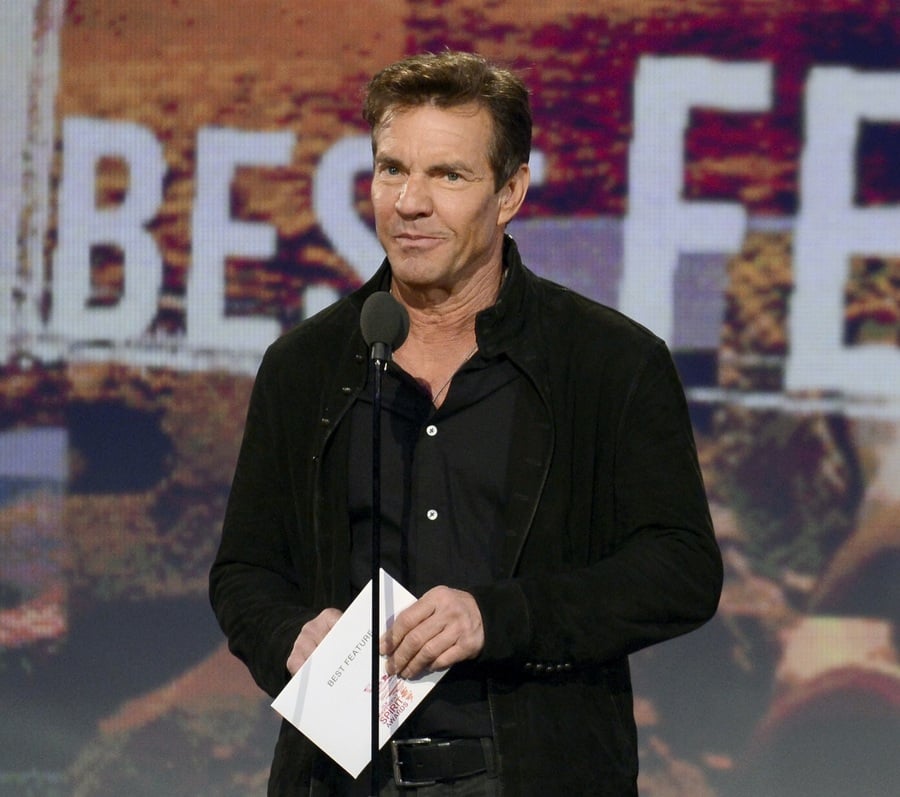 Personal Life: In 1978, Quaid married actress P.J. Soles but the two divorced five years later in 1983. Quaid later married actress Meg Ryan in 1991, after the two had met while filming D.O.A. The two had a son together in 1992, Jack Quaid. The couple later announced their separation in 2000 and finalized their divorce in 2001.

Quaid then briefly dated model Shanna Moakler in 2001 and then remained single until meeting future wife Kimberly Buffington, a Texas real-estate agent. The two got married in 2004 at Quaid's Montana ranch. The couple had fraternal twins together via a surrogate in 2007. While still in the hospital, a staff member accidentally gave the twins an extremely high dosage of a blood thinner, from which the twins recovered from. Quaid subsequently sued the drug manufacturer and prompted an ongoing interest in patient-safety advocacy. Quaid has since produced a number of documentaries on the topic of preventable medical errors.

In 2012, Buffington filed for divorce from Quaid but the couple decided to reconcile. However, the couple decided to separate in 2016 and again filed for divorce, which was finalized in 2018. As part of his divorce from Kimberly we learned that Dennis makes an average of $1-4 million per year. Kimberly was awarded considerable property and monthly support.

While separated from Buffington, Quaid began dating model Santa Auzina, whom he was together with until 2019. The same year he got engaged to Laura Savoie. The two planned to get married in April of 2020 but canceled due to the COVID-19 pandemic. They later decided to get married in June of 2020 in Santa Barbara, CA.

Quaid has been open about his former struggle with substance abuse, specifically cocaine which he abused throughout the 1970s.

Hobbies and Interests: Quaid plays in his own band, the Sharks, and has also written several original songs, a couple of which have appeared in his films. He also enjoy golfing, claiming a one-handicap, as well as flying since having earned his pilot's license.

Quaid has also ventured into the world of podcasting, starting his own podcast called the Pet Show with Dennis Quaid and Jimmy Jellinek in 2020.

After growing up in a Christian home, Quaid had maintained his beliefs as an adult and dedicated the song he wrote for the film I Can Only Imagine to his mother. 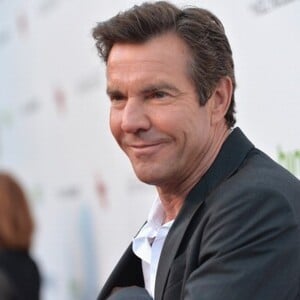