What was Dennis Hopper's Net Worth?

Dennis Hopper was an American actor, filmmaker and artist who had a net worth of $40 million at the time of his death. Dennis Hopper died on May 29, 2010, from prostate cancer. Two months before he passed, he received his star on the Hollywood Walk of Fame alongside friends Jack Nicholson and Viggo Mortensen.

Dennis Hopper had his breakthrough as the director, cowriter, and costar of the landmark 1969 independent road film "Easy Rider." He went on to have a prolific career with such credits as "The Last Movie," "The American Friend," "Apocalypse Now," "Rumble Fish," "Blue Velvet," "Hoosiers," "Colors," and "Speed." Beyond film and television, Hopper was also prolific in painting, photography, and sculpting. His work was displayed in exhibits in places such as Washington, D.C., Minneapolis, Amsterdam, Vienna and Paris.

Dennis Hopper was born on May 17, 1936 in Dodge City, Kansas to James and Marjorie. He was of Scottish descent, and had two brothers named David and Marvin. Following World War II, Hopper moved with his family to Kansas City, Missouri, where he took art classes at the Kansas City Art Institute. At the age of 13, he moved with his family again, this time to San Diego, California. In La Mesa, Hopper went to Helix High School, where he participated in speech, choir, and drama club. With a budding passion for acting, he began studying at the Old Globe Theatre, and later attended the Actors Studio in New York City.

Hopper made his feature film debut in 1955, playing a goon in the James Dean drama "Rebel Without a Cause." He appeared in another Dean film the following year, "Giant." Hopper subsequently had supporting roles in "Gunfight at the O.K. Corral," "The Story of Mankind," "From Hell to Texas," "The Young Land," and "Key Witness." In 1961, he had his first leading role as sailor Johnny Drake in the supernatural thriller "Night Tide." Four years later, he appeared opposite Dean Martin and John Wayne in "The Sons of Katie Elder." Hopper was subsequently in "Queen of Blood," "The Trip," "Cool Hand Luke," "The Glory Stompers," "Panic in the City," "Hang 'Em High," and another Wayne film, "True Grit."

In 1969, Hopper had his breakthrough with the independent road film "Easy Rider," which marked his directorial debut. He also starred in the film alongside Peter Fonda, Jack Nicholson, and Terry Southern, and cowrote the script. Although the production was beset by creative conflicts, "Easy Rider" was a smash hit, grossing $60 million on a budget of less than $500,000. It became a landmark film of the counterculture for its depiction of drugs and hippies, and was enormously influential on the burgeoning New Hollywood era of filmmaking.

Hopper followed up "Easy Rider" with the metafictional neo-Western "The Last Movie," which he also directed and starred in. However, the film was unable to repeat the success of his earlier work. He went on to star in such films as "Kid Blue," "Mad Dog Morgan," "Tracks," "The American Friend," and "Flesh Color." In 1979, Hopper had notable roles in the Spanish thriller "The Sky is Falling" and Francis Ford Coppola's psychological war film "Apocalypse Now." He began the 80s with his third film as director, "Out of the Blue," which he also starred in opposite Linda Manz. Hopper subsequently appeared in "King of the Mountain" and "Human Highway," before reuniting with Coppola for "Rumble Fish." This was followed by "The Osterman Weekend," "O.C. and Stiggs," and "My Science Project."

Hopper had arguably his biggest year in film in 1986. In addition to appearing in "Riders of the Storm," "The Texas Chainsaw Massacre 2," and "River's Edge," he gave two of his most famous and acclaimed performances in David Lynch's "Blue Velvet" and the sports film "Hoosiers." For his work in the latter, he received an Academy Award nomination for Best Supporting Actor. Hopper was subsequently in "Black Widow," "Straight to Hell," "The Pick-up Artist," "Blood Red," and "Chattahoochee." In 1988, he directed his fourth film, the police procedural crime thriller "Colors." Two years later, he starred in "Flashback" and directed two more films, "Catchfire" and "The Hot Spot." Hopper's other notable credits in the 90s include the action films "Boiling Point," "Speed," and "Waterworld"; the adventure comedy "Super Mario Bros."; the romantic crime film "True Romance"; the comedy "Chasers," his final feature film as director; and the satirical comedy "EDtv." Among his later credits are "Land of the Dead," "Elegy," "Swing Vote," "Palermo Shooting," and "An American Carol." 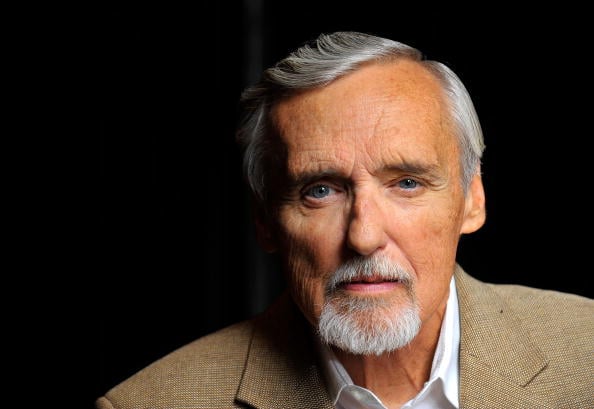 Hopper was just as prolific on the small screen as he was on the big one. He made his first television appearance in 1954 in an episode of "Cavalcade of America." Throughout the remainder of the decade, he appeared in episodes of such shows as "Medic," "Cheyenne," "Conflict," "Sugarfoot," "Zane Grey Theater," and "The Lineup." Hopper also appeared in the first episode of the Western series "The Rifleman." In the 60s, he was in episodes of "The Millionaire," "Naked City," "General Electric Theater," "The Twilight Zone," "Wagon Train," "Espionage," "The Defenders," "Bonanza," "Gunsmoke," "Combat!," and "The Big Valley," among many other series. Hopper didn't return to television until 1980, when he played Doc Holliday in two episodes of "Wild Times." He then went on to appear in numerous television films, including "Stark," "Doublecrossed," "Paris Trout," "Nails," and "Samson and Delilah."

In 2002, Hopper had a notable recurring role as Victor Drazen on the action series "24." He was next in an episode of "Las Vegas" and in the television film "The Last Ride." From 2005 to 2006, Hopper played the main role of Colonel Eli McNulty on the short-lived military drama series "E-Ring." He had his final television role from 2008 to 2009, playing the main character Ben Cendars on the television adaptation of Paul Haggis' film "Crash."

In addition to film and television, Hopper was very involved in the mediums of photography and painting. Early on, he created the cover art for Ike & Tina Turner's 1966 album "River Deep – Mountain High," and shot portraits for a number of major magazines. Among his subjects were Andy Warhol, Paul Newman, James Brown, Peter Fonda, Jane Fonda, and Timothy Leary. As a painter, Hopper's style ranged from photorealism to abstraction. He was also an avid collector of art, and had both his own work and pieces of his collection exhibited around the world.

Known for his drug addiction and tumultuous relationships with women, Hopper was married and divorced multiple times. His first marriage, to actress Brooke Hayward, lasted from 1961 to 1969, and produced a daughter named Marin. Next, Hopper was married to Michelle Phillips for eight days in 1970. He wed his third wife, Daria Halprin, in 1972; they had a daughter named Ruthanna and divorced in 1976. Later, in 1989, Hopper married Katherine LaNasa, with whom he had a son named Henry. They divorced in 1992. He wed his fifth and final wife, Victoria Duffy, in 1996. The couple had a daughter named Galen, and had a messy divorce in 2010 which was finalized just months before he died.

After his death, Victoria contested the pre-nup she signed in 1996 which entitled her to a one time payment of $250,000 funded through his life insurance policy plus 25% of the remainder of his estate which included his art collection and homes in both New Mexico and Los Angeles.

In the 1970s Hopper became extremely addicted to cocaine, sometimes taking about three grams a day. Soon, he disappeared into the Mexican desert on a substance high and laid in a coffin with 17 sticks of dynamite. Hopper checked into rehab in 1983.

In 2009, it was announced that Hopper had been diagnosed with advanced prostate cancer. By the next year, his condition worsened, and he reportedly weighed only 100 pounds. On May 29, 2010, he passed away in his Los Angeles home at the age of 74.

A month after Dennis died, his family listed his estate in Venice, California for $6.2 million. Dennis acquired the first of what became five connected parcels for $21,000 in 1985. In 1999 he bought the home next door. Over three transactions beginning in 1997 and ending in 2008 he bought three additional surrounding properties. There were no buyers and the price was soon reduced to $5.8 million. The family accepted $5 million in August 2012. 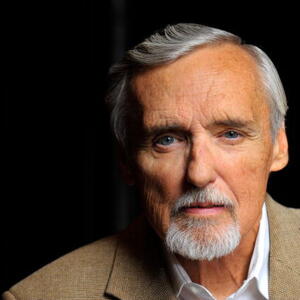