What is Dennis Haskins' Net Worth and Salary?

Dennis Haskins was born on November 18, 1950 in Chattanooga, Tennessee. He went to Our Lady of Perpetual Help and then to Notre Dame High School. For his higher education, Haskins attended the University of Tennessee at Chattanooga, where he played basketball and participated in cheerleading.

Haskins began his acting career in the late 70s, playing an assaultive restaurant patron in the pilot episode of the CBS television series "The Dukes of Hazzard." He went on to appear in further episodes of the show, playing various different characters through 1985. Haskins eventually landed his first main role – and the one that would make him famous – in 1987. That year, he began playing Mr. Richard Belding on the Disney Channel sitcom "Good Morning, Miss Bliss," costarring Hayley Mills, Joan Ryan, Mark-Paul Gosselaar, Max Battimo, Dustin Diamond, Lark Voorhies, and T. K. Carter.

"Saved by the Bell"

After its first season on the air, "Good Morning, Miss Bliss" was retooled as the NBC show "Saved by the Bell"; in the transition, Haskins, Gosselaar, Diamond, and Voorhies kept their roles. New cast members included Mario Lopez, Elizabeth Berkley, and Tiffani-Amber Thiessen. As Richard Belding, now the principal of the fictional Bayside High School in Los Angeles, California, Haskins became known for his catchphrase "Hey, hey, hey, what is going on here?," which he directed at the frequently misbehaving students. Following the conclusion of "Saved by the Bell" in 1993, Haskins reprised his role in a guest capacity on the sequel series "Saved by the Bell: The College Years," and then appeared in a main role on the spinoff series "Saved by the Bell: The New Class," which ran through 2000. 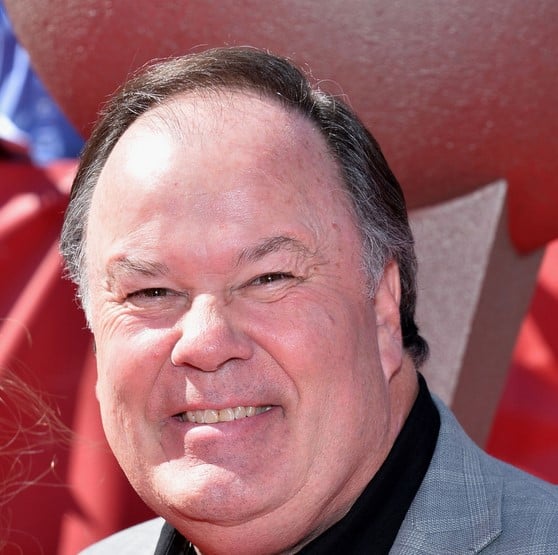 In addition to the regular "Saved by the Bell" sequel and spinoff series, Haskins played Belding in the franchise's made-for-television movies. In 1992, he was in "Saved by the Bell: Hawaiian Style," which followed the main characters on their summer holiday. Two years later, Haskins reunited with the cast for "Saved by the Bell: Wedding in Las Vegas," which chronicled the events surrounding the wedding of Zack and Kelly.

Although primarily known for his role as Richard Belding, Haskins has had a number of other notable parts on television and in film. In 1999, he appeared in the fantasy film "The Boy with the X-Ray Eyes." Two years later, he was in an episode of the political drama television series "The West Wing," and also played Mr. Kohls in the family comedy film "Max Keeble's Big Move." Haskins was subsequently in "The Stoneman," "An Ordinary Killer," "Dismembered," "Going Down," "Red Water," and "Tangy Guacamole." On regular television series, he was in episodes of "7th Heaven," "JAG," "It's Always Sunny in Philadelphia," "Robot Chicken," and "Men of a Certain Age."

In 2012, Haskins reprised his role as Richard Belding in an episode of the Nickelodeon sitcom "VICTORiOUS." The same year, he appeared in episodes of "Mad Men" and "How I Met Your Mother." In 2014, Haskins made a memorable guest appearance as Santa on the sitcom "New Girl," and had another notable part as a snake oil salesman in Seth MacFarlane's comedy Western film "A Million Ways to Die in the West." Among his other credits are the sitcom "Hot in Cleveland" and the 2019 drama film "Clemency," in which he played the father of a murdered son.

Beyond acting, Haskins has been involved in a number of other media projects, particularly musical ones. In 2009, he released his first album of music, entitled "Karaoke with Your Favorite Principal Dennis." The album includes covers of various songs such as "Mustang Sally" and "Piano Man." Following this, Haskins appeared in the music video for "See You in Shell" by the experimental metalcore group Iwrestledabearonce. He was also in the video for "Vacation" by the reggae rock band Dirty Heads. Additionally, at a Toledo Mud Hens minor league baseball game in Ohio in 2016, Haskins performed on stage with the live cover band Saved by the 90s.

Haskins has also been in web series. A major fan of WWE and professional wrestling, he appeared in a number of episodes of the YouTube series "Z! True Long Island Story," created by WWE wrestler Zack Ryder.

Haskins was previously married to his wife Dianne, with whom he had a child. The couple eventually divorced. Haskins divides his time between Los Angeles, California and Winthrop, Massachusetts. 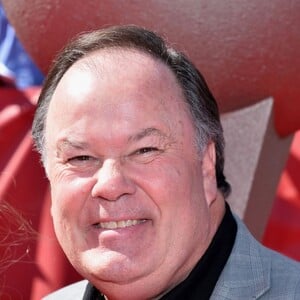