Denise Nicholas Net Worth: Denise Nicholas is an American actress, writer, producer and civil rights activist who has a net worth of $3 million dollars. Born Donna Denise Nicholas on July 12, 1944 in Detroit, Michigan, she spent her early years in Detroit before moving with her mother to Milan, Michigan.

Nicholas graduated from Milan High School in 1961 and then entered the University of Michigan as a pre-law major. She then transferred to Tulane University where she majored in fine arts. However, she decided to quit her studies in order to join the Free Southern Theater during the Civil Rights Movement. With a small troupe of actors, they toured in Mississippi, Louisiana and New York performing significant plays in front of rural African-American audiences. Eventually, she moved to New York and worked at St. Mark's Playhouse, where she had a number of stage plays such as "Song of Lusitania Bogey", "Daddy Goodness" and "Kongi's Harvest". It was in 1968 that her television acting career started and she was cast on an episode of "It Takes a Thief". Since, she continued to be cast in other television productions like "Room 222" (1969–1974), "The Love Boat" (1980–1982), "In the Heat of the Night" (1989–1995), "Living Single" (1997) and "My Wife and Kids" (2002). Throughout the 1970s, she also accepted big screen roles in such features as "Blacula", "Let's Do This Again" and "A Piece of the Action". In the meantime, she went on acting on stage and earned her BA degree in Drama from University of Southern California in 1987. Nicholas started her second career as a writer while working on the NBC/CBS' drama series, "In the Heat of the Night". Actually, she wrote six episodes of the long-running series. When the show was cancelled, she crafted her writing skills by attending various workshops. Her first novel, Freshwater Road, received outstanding recognitions from several publishers and organizations, including the Integrity Award given by the Los Angeles Women's Theatre Festival in 2012. 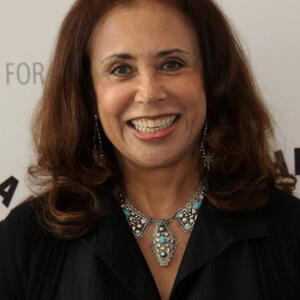