Denise Crosby Net Worth: Denise Crosby is an American actress who has a net worth of $6 million dollars. She is best known for portraying Security Chief Tasha Yar in Season One of Star Trek: The Next Generation as well as Yar's daughter, the half-Romulan Commander Sela, in subsequent seasons. She also starred in and produced the film Trekkies.

Denise Crosby was born November 24, 1957 in Hollywood, California. She is the paternal granddaughter of entertainer Bing Crosby and the illegitimate daughter of Marilyn Scott and actor Dennis Crosby. Since she was born out of wedlock, her mother pursued a sensational, three-year-long lawsuit against her father, at the conclusion of which he was ordered to pay child support and legal fees. This deeply embarrassed Dennis Crosby and his famous father, actor and singer Bing Crosby.

Bing Crosby died when Denise was only 19. The two reportedly never met. When the story of her illegitimacy surfaced during a drama class, Denise left the class out of humiliation and not long afterward posed nude for Playboy magazine (1979) in an effort she called, "…some kind of rebellion on my part, some way of saying screw you to the family image."

Denise Crosby's first high-profile role was as Lisa Davis on the soap opera Days of our Lives. She went on to appear in other programs such as three episodes of Lois & Clark: The New Adventures of Superman, Models Inc., The X-Files and others. Crosby was married to Geoffrey Edwards (son of director Blake Edwards and actress Julie Andrews) from 1983 to 1990. She appeared in a few of Blake Edwards' films, including 10, Skin Deep, Trail of the Pink Panther and Curse of the Pink Panther. 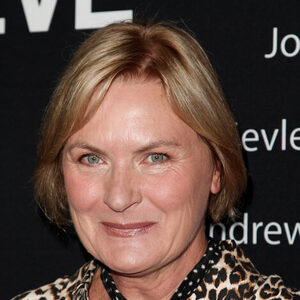