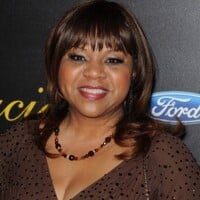 Deniece Williams Net Worth: Deniece Williams is an American R&B singer who has a net worth of $3 million dollars. Born June Deniece Chandler on June 30, 1950 in Gary, Indiana, she is also known as "Niecy" Williams. In need of employment and with college on the back burner, the fledgling singer was fortunate enough to get introduced to Stevie Wonder by John Harris, her cousin from Detroit, who happened to be on tour as a valet for Wonder (and was also his childhood friend). Her cousin arranged for Williams to meet Wonder backstage at a concert and six months later the gifted vocalist was flown into Detroit by Wonder for an audition. Williams sang "Teach Me Tonight" was only one of three (out of 26) who was hired by Wonder. The three became known as Wonderlove and toured with Wonder, who was the opening act for the Rolling Stones at the time. Williams left Wonderlove in 1975 and released her first album entitled This is Niecy. In 1977, the album Song Bird was released and it featured the single Baby, Baby My Love's All for You. The following year she scored her first number one song with Too Much, Too Little, Too Late, which was a duet with the legendary Johnny Mathis. In 1984, Williams recorded the number one hit Let's Hear It for the Boy, which was featured on the movie Footloose's soundtrack. Williams then released the gospel album From the Beginning on Sparrow Records. The album featured the Grammy Award-winning single They Say. That same year she also won a Grammy for I Surrender and another for I Believe in You in 1987. Deniece Williams has a four-octave range and a distinctive soprano voice.