Deney Terrio is an American choreographer, actor and television host who has a net worth of $3.5 million. Deney Terrio is perhaps best known as the host of the television musical variety show "Dance Fever", which aired from 1979 to 1985. Terrio was born in 1950, and rose to fame as the dance coach and choreographer for John Travolta in the iconic film "Saturday Night Fever".

Deney Terrio appeared in a number of films while also working as the host of "Dance Fever. Those films included "Star Trek II: The Wrath of Khan", "A Night In Heaven", "The Idolmaker", "When Disco Ruled the World", and "Knights of the City". He also appeared on the popular television show "The Love Boat. More recently, Deney Terrio has appeared in and hosted several specials for VH-1 and PBS including "Get Down Tonight: The Disco Explosion", "VH-1 Where Are They Now?", and "The Joy of Disco. In 1991, Deney Terrio sued Merv Griffin, the producer of his hit show "Dance Fever", for sexual harassment. Deney Terrio sought $1.3 million in damages. The case was dismissed. Currently, Deney Terrio is exploring his disco roots as the host of his own disco radio program on Sirus satellite radio. 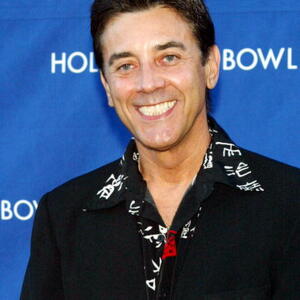