Demián Bichir net worth: Demián Bichir is a Mexican actor and producer who has a net worth of $10 million dollars. Born in Mexico City, Mexico, Demián Bichir began acting while in his early teens, appearing on the telenovela, Rina. He then went on to appear in another telenovela, Vivir Enamorada, in a more adult role.

His film career began in the early 80s, with a role in the American film, Choices of the Heart. He then went on to appear in multiple film and television projects, going back and forth between the two mediums regularly. He starred in the telenovelas, El Rincon de los Prodigios and Nada Personal, among others, and has appeared as love-interest Estaban Reyes on the popular Showtime series, Weeds, during seasons four through six. He has also appeared in films like La Vida Conyugal, Cilantro y Perejil, Luces de la Noche, In the Time of the Butterflies, Che, and A Better Life. He has been nominated for five Ariel Awards, a Screen Actors Guild Award, and is the first Mexican actor to be nominated for a Best Actor Academy Award since Anthony Quinn in 1964. 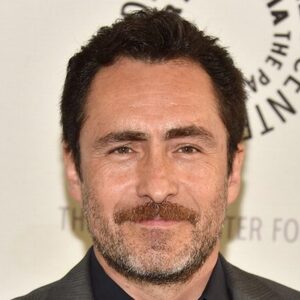