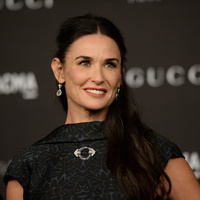 What is Demi Moore's Net Worth?

Demi Moore is an American actress and producer who has a net worth of $200 million. She has been one of Hollywood's top actresses since the early 1990s. She has received two Golden Globe nominations for Best Actress and at various points in her career has been one of the highest-paid people in the business. Outside of hefty acting paychecks, Demi received $90 million in cash and real estate in a divorce settlement with Bruce Willis. She has also earned a fortune through real estate transactions over the years. More details about both those sources later in this article.

Demi became the highest-paid actress in film history (up to that point) in the mid 1990s starting when she was paid $12.5 million for the film "Striptease". That's the same as around $20 million today. This record has been broken over and over in the years since. In 1997 she earned $11 million for "G.I. Jane".

Behind the scenes Demi has earned millions as a film producer. She produced all three installments of the "Austin Powers" franchise. 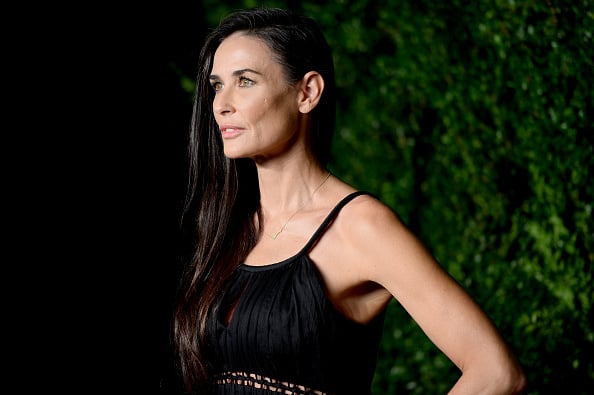 Demi Gene Guynes was born in Roswell, New Mexico, on November 11, 1962. She is professionally known as Demi Moore, after adopting the last name of her first husband Freddy Moore. Her biological father Charles Harmon Sr. actually left her mother after only being married for two months, and her mother married Dan Guynes when Moore was three months old. Moore considers Guynes to be her father.

The family moved around often due to Guynes's frequent job changes, and they moved to West Hollywood, California, when Moore was 15 years old. She attended Fairfax High School, ultimately dropped out her junior year and moving out when she was 16. She then signed with the Elite Modeling Agency and began taking drama classes. 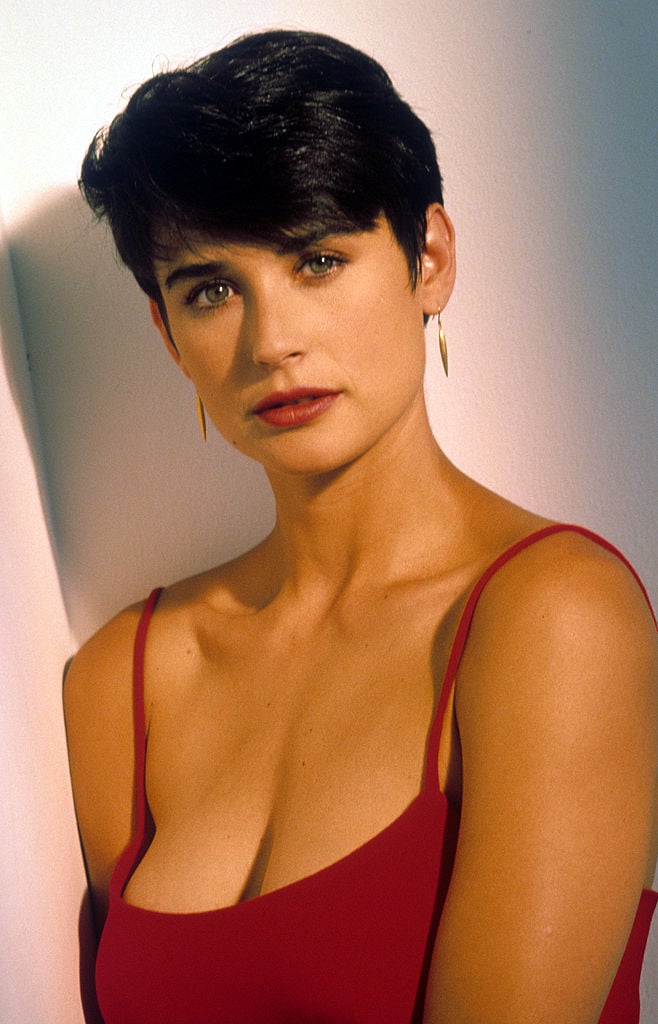 Moore's acting debut came with a brief role in 1981 drama "Choices", followed by science fiction horror film "Parasite" in 1982. She then joined the cast of ABC soap opera "General Hospital" until 1983, playing the role of an investigative reporter. In 1984 she appeared in two comedy films, "Blame It on Rio" and "No Small Affair".

Moore reached a career highpoint with 1990's "Ghost", which grossed over $505 million and was the highest-grossing film that year. It is also one of her most successful films ever, earning her a nomination for a Golden Globe Award. She maintained her A-list status with the blockbuster hits "A Few Good Men" (1992), "Indecent Proposal" (1993) and "Disclosure" (1994), although she also starred in the less widely seen films "Nothing but Trouble" (1991) and "The Butcher's Wife" (1991).

In the late 1990s, Moore's box-office began to wane. Despite becoming the highest-paid actress in film history for her $12.5 million salary to star in the 1996 film "Striptease", many of her films from this period failed to impress. "Striptease" bombed at the domestic box office, and Moore received the Golden Raspberry Award for Worst Actress. Her films the "The Scarlet Letter" (1995) and "The Juror" (1996) also received harsh criticism. Not all of her films from this period were failures though, 1997's "G.I. Jane" was a moderate commercial success, and she also voiced Esmeralda in Disney's animated film "The Hunchback of Notre Dame" (1996). Additionally, she won her second Golden Globe nomination for her starring role in the controversial HBO miniseries on abortion "If These Walls Could Talk" (1996), which she also produced. 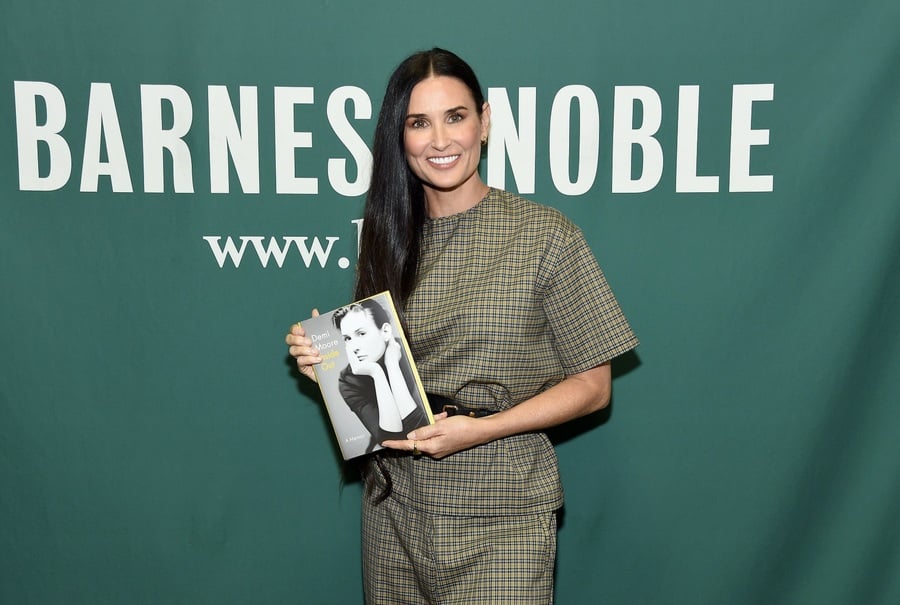 
Moore has been married three times. She married musician Freddy Moore in 1981, when she was only 18 years old. Moore was 12 years her senior. After they divorced in 1985, Moore became engaged to actor Emilio Estevez, and they planned to marry in December 1986, but the engagement was ultimately called off.

Moore then married actor Bruce Willis in 1987, and they have three children together, including the actress Rumer Willis. Moore and Willis announced their separation in 1998, and filed for divorce in October 2000. Bruce eventually paid Demi a $90 million divorce settlement that included cash and real estate.

In 2003, Moore began dating actor Ashton Kutcher, who is 15 years her junior. They tied the knot in September 2005, before separating in 2011 and finalizing their divorce in November 2013.

Moore has supported many charities, including the American Foundation for AIDS Research, the Coalition to Abolish Slavery and Trafficking, Healthy Child Healthy World and UNICEF. In 2009, Moore and then husband Kutcher launched the DNA Foundation, a nonprofit NGO aiming to fight against child sexual slavery. In 2010, Moore featured as a special contributor for the CNN Freedom Project, where she traveled to Nepal to meet CNN's 2010 Hero of the Year, Anuradha Koirala, who started the organization Maiti Nepal that rescues children from sex trafficking. She also narrated the subsequent CNN documentary on child trafficking, "Nepal's Stolen Children" (2011).

In 1990, Bruce and Demi paid $7 million for a 7,000 square-foot penthouse in Central Park's San Remo building in New York City. Soon after the purchased a two bedroom additional apartment in the same building. Demi received this apartment in their divorce. In 2015 she put it on the market for a mind-numbing $75 million. She sold the property in 2017 for $45 million.

She owns several properties in Hailey, Idaho and a Beverly Hills mansion which was acquired in 2003 for $3.15 million.