Delroy Lindo net worth: Delroy Lindo is an English actor and director who has a net worth of $4 million dollars. Delroy Lindo was born in Eltham, London, England, and moved to Canada with his family when he was a teenager. He went on to graduate from the American Conservatory Theater in San Francisco.

He began his on-camera career in the late 70s, appearing in the British film, "Find the Lady". Other roles soon followed, but he chose to leave film and television work behind, in order to focus on a career in the theater. He went on to appear in multiple Broadway productions, including the original production of "Master Harold… and the Boys". He was nominated for a Tony Award for his work in "Joe Turner's Come and Gone". He returned to on-camera work in the late 80s, and has since appeared in such projects as "Beauty and the Beast", "Malcolm X", "Crooklyn", "Get Shorty", "Broken Arrow", "The Devil's Advocate", "The Cider House Rules", "Gone in 60 Seconds", "Romeo Must Die", "Heist", "Domino", "Sahara", "This Christmas", and "Kidnapped". He is currently appearing on the series, "Believe". 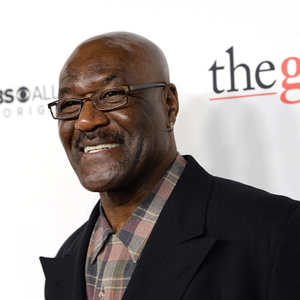