Delia Smith Net Worth: Delia Smith is an English cook and television presenter who has a net worth of $36 million. Born on 18 June 1941, in Woking, Surrey, England, Delia Smith became hugely popular for teaching basic cookery skills in a unique style. At the age of 21, she landed a job in a small Paddington restaurant called "The Singin Chef".

Even though she started as a washer-upper, Smith swiftly moved on to waiting tables and eventually got permission to help with the cooking. Developing a keen interest in the craft she began reading English cookery books and tried out the recipes at home. Later on, she expressed her cooking experience in dozens of books that were adored by readers. The proof for the above is the number of 21million copies sold, which makes Smith one of the best-selling cookery authors in the United Kingdom today. What's more, Delia and her husband, Michael Wynn-Jones, are joint majority shareholders at Norwich City F.C., an English professional football club. This role, earned Delia varying media attention, ranging from positive, as she "saved" the club from bankruptcy, to negative, when she gave a controversial on-pitch announcement in 2005. Already holding the high honor OBE, the Queen appointed her Commander of the Order of the British Empire (CBE) in the 2009 Birthday Honors, thanks to her "contribution to television cookery and recipe writing". 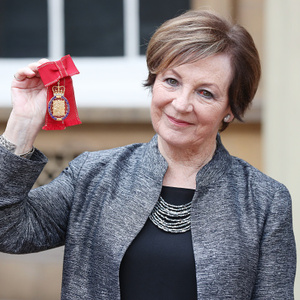