Deidre Hall net worth: Deidre Hall is an American actress who has a net worth of $12 million dollars. Deidre Hall was born in Milwaukee, Wisconsin, and after graduating from high school she began her college career intent on a degree in psychology. However, she subsequently left school to focus on her acting career. She began traveling to Los Angeles while she was in her late teens, where she made a name for herself as a model. She then began adding acting credits to her resume. She worked steadily in film and television almost from the beginning, and played guest-starring, recurring, and co-starring roles in such projects as "Adam-12", "Emergency", "The Young and the Restless", "Electra Woman and Dyna Girl", "Hot Pursuit", "Hotel", "Our House", "Wiseguy", "Murder, She Wrote", and "Dating in the Middle Ages". She is most widely recognized for her multi-award winning performance as Marlena Evans Black on the soap opera, "Days of Our Lives". 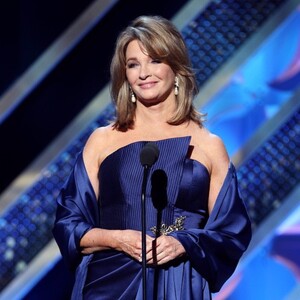