Deep Roy net worth: Deep Roy is a Kenyan-Indian actor, stuntman, and puppeteer who has a net worth of $500 thousand. Deep Roy was born in Nairobi, Kenya in December 1957. Due to his small size he has starred as an Oompa-Loompa in Charlie and the Chocolate Factory as well as Keenser in Star Trek.

From 1977 to 1987 he had a recurring role as Mr. Sin in the television series Doctor Who. Roy has starred in or done stunts for the movies The Pink Panther Strikes Again, Flash Gordon, Star Wars Episode VI: Return of the Jedi, Return to Oz, Hook, Leprechaun, Little Rascals, The Jungle Book, BASEketball, How the Grinch Stole Christmas, Planet of the Apes, The Haunted Mansion, Big Fish, Van Helsing, Charlie and the Chocolate Factory, Star Trek, Transformers: Revenge of the Fallen, Star Trek Into Darkness, Mantervention, and Star Trek Beyond. In 2011 Roy won a Best Actor Award at the Colorado Film Festival for the Ballad of Sandeep. 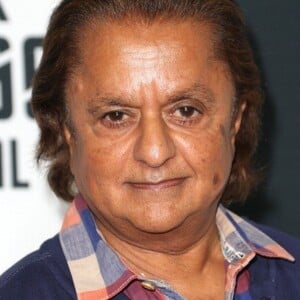