Dee Jay Daniels net worth: Dee Jay Daniels is an American actor who has a net worth of $300 thousand. Dee Jay Daniels was born in Montclair, California in October 1988. He is best known for starring as Michael Hughley in the television series The Hughleys from 1998 to 2002. Daniels starred as Rodney in the TV series In the House in 1996.

He starred in the movie Sky High as Ethan in 2005 and also appeared in episodes of the TV series Men Behaving Badly, Grace Under Fire, Coach, Family Matters, The Wayans Bros., ER, The Bernie Mac Show, and Cold Case. Daniels was nominated for Young Artist Awards for Best Performance in a TV Comedy Series – Supporting Young Actor for The Hughleys in 1999, 2000, and 2001. In 2011 he was arrested for murder but he was acquitted in 2012. 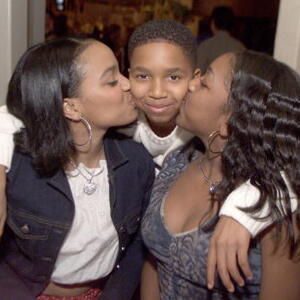