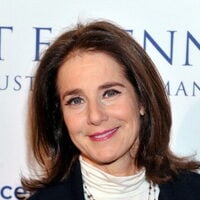 Debra Winger net worth: Debra Winger is an American actress and producer who has a net worth of $8 million. Debra Winger is a well-known face in the entertainment industry. Her award-winning acting abilities has built the net worth she has today, with many movie roles as well as television appearances. Her reputation of being outspoken and sometimes hard to work with has not kept directors from casting her in movie roles.

Mary Debra Winger was born in Cleveland Heights, Ohio in May 1955. She suffered a cerebral hemorrhage in a car accident and was blind and partially paralyzed for ten months. She was told that she would never be able to see again but recovered and moved to California to start acting. Her first role came in the low budget Slumber Party '57 in 1976. She was then cast in the TV show Wonder Woman. She starred in Thank God It's Friday and then Urban Cowboy. She starred in Cannery Row and An Officer and a Gentleman as well as Terms of Endearment. She has been accused of being difficult to work with and being outspoken. Winger went on to star in Legal Eagles, Made in Heaven, Everybody Wins, Leap of Faith, Black Widow, Betrayed, and A Dangerous Woman. She was nominated for Academy Awards for three films. She was also nominated for four Golden Globes, two BAFTAs, and an Emmy Award. Winger won the National Society of Film Critics Award for Best Actress for her role in Terms of Endearment. She is married to Arliss Howard and was previously married to Timothy Hutton.