Deborra-Lee Furness was born in Sydney, New South Wales, Australia in December 1955. She studied at the American Academy of Dramatic Arts in New York City. Furness starred as Louisa Correlli in the television series Correlli in 1995. She starred as Dolores Kennedy in the TV series Fire from 1995 to 1996. She has starred in the movies Crossover Dreams, Jenny Kissed Me, Cool Change, The Humpty Dumpty Man, The Bit Part, Shame, Two Brothers Running, Celia, The Last of the Finest, Voyager, Waiting, Newsies, Angel Baby, The Real Macaw, Sleepwalking, Beautiful, and Blessed. Furness has also appeared in episodes of the TV series Neighbours, Falcon Crest, and Phineas and Ferb. She has won two Film Critics Circle of Australia Awards and a Seattle International Film Festival Award. Deborra-Lee Furness has been married to Hugh Jackman since 1996.

Real Estate: In 2012 Hugh and Deborra paid $21 million for a triplex apartment in New York City. The unit had been asking $40 million, so one could say he got a relative bargain. The home is made up of the 8th, 9th and 10th floors of the building, 11,000 square-feet of living space. The 8th floor has three bedrooms, a library, rec-room and several bathrooms. The 9th floor has an enormous, 51×26-foot living room, dining room and kitchen. The 9th floor has several master bedrooms, a workout studio, sauna and more. 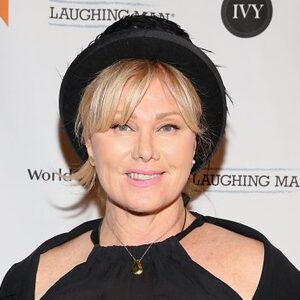