Deborah Meaden Net Worth: Deborah Meaden is a British businesswoman who has a net worth of $60 million. Born Deborah Sonia Meaden on 11 February 1959, in Taunton, Somerset, England, she is most recently appreciated for her appearances on the second edition of BBC's "Dragon's Den". Meaden is also known for her numerous investments in various successful companies, as well as for launching her own glass and ceramics export company. Even though the company failed after just 18 months, Meaden went on to embark on a string of other business ventures that include a franchise for Italian clothing company Stefanel and a prize bingo concession at Butlins. Once she got several successful businesses under her belt, Deborah was confident enough to land a position in the family amusement arcade business. Starting on the shop floor, she moved up the corporate ladder to become an Operations Director and then a Managing Director. She led the multi-million pound family holiday business into a greater profits as she successfully completed a management buyout and later sold the company in a deal worth £33 million while still retaining a 23% stake. Although she continued to have an active role at Weststar, Deborah has never ceased to find new potential investments. These include Dragons' Den, in which she is currently in her ninth series on the panel. She had another public exposure as part of the eleventh series of the BBC One talent show Strictly Come Dancing. 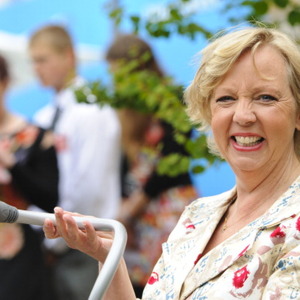